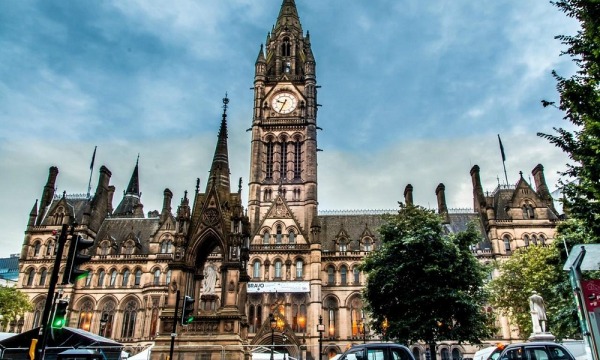 Manchester is a city and metropolitan borough in Greater Manchester, England. It is fringed by the Cheshire Plain to the south, the Pennines to the north and east, and an arc of towns with which it forms a continuous conurbation.

How Safe Is Manchester for Tourists?

Manchester is not the safest city to travel to.

The main problems are related to drug trafficking, vandalism, car thefts, and attacks.

Manchester is known for its vibrant nightlife, which means there can be many drunk people on the streets at night, increasing the risk of walking alone.

Avoid drinking people and try not to get involved in street fights.

Police patrol heavily on Friday and Saturday nights in the main traffic areas and are generally safe, although quiet areas should be avoided after dark, especially in the early hours.

During football matches, conflicts and vandalism escalate in the city.

It would help if you were especially careful at this time in the city.

There are also many beggars and homeless people in Manchester.

They are usually not dangerous, but they can latch on to you.

Best to ignore and pass by.

Some of the busy downtown areas, notably the Piccadilly Gardens, can be a hub of the hustle and bustle and social booze, so it’s advised not to hang around, especially alone.

Piccadilly Gardens are also an active spot for drug dealers after dark.

If you are traveling by car, be careful, park it in a well-lit place, and hide everything in the trunk.

Do I Need a Visa to Visit Manchester?

Which Currency Is Used in Manchester?

In Manchester, the summers are warm; the winters are freezing, partly cloudy year-round. The best time to visit Manchester is between June and August when the weather is warm, and the city’s events calendar is packed.

What Do I Need to Know about Airports in Manchester?

What Are Some Things to Do in Manchester?

Manchester is a large city in the North West of England with a rich industrial heritage. Castlefield has an 18th-century canal system. It serves as a reminder that it was an important center for the textile industry in the past. The acquaintance with the city’s history can be continued at interactive exhibitions at the Museum of Science and Industry. The reconstructed Salford Quay shipyards are home to the North Imperial War Museum and the Lauri Cultural Center. Architect Daniel Libeskind designed both buildings.

Is the Water in Manchester Safe to Drink?

Is Uber Safe in Manchester?