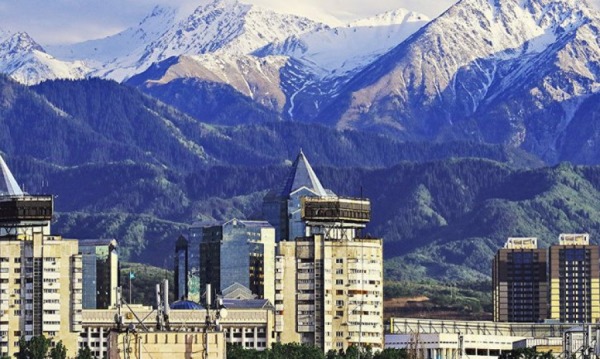 Kazakhstan - safety as a country

Almaty is quite a difficult city, however, if you adhere to the maximum level of caution, your trip here will not be overshadowed by anything.

Pickpocketing occurs in Almaty at every turn, so wear an anti-theft backpack, look after your belongings, and don't leave your phones and wallets unattended. In crowded places, keep an eye on your surroundings.

Almaty is located in an active seismic zone, but earthquakes are rare here. Check the weather forecasts before your trip here.

There is a risk of armed attacks or kidnapping in Almaty, and the common goal of robbers is to get your money and valuables. Therefore, if you are attacked, give the robbers what they ask of you to save your life.

How Safe Is Almaty for Tourists?

Almaty is considered a rather unsafe city: the crime index here is at an average-high level.

The main problems are related to corruption, assault, and robbery.

At the same time, the city is mostly safe for tourists – attacks on travelers do not happen or happen rarely.

Do not trust overly friendly strangers or unregistered taxi drivers.

Taxis should be used only licensed to avoid getting to the price that is 3-4 times higher than usual.

Use common sense at night, especially on Friday and Saturday when young people go outside to get drunk and, in some cases looking for trouble.

Kazakhs are very friendly and welcoming towards foreigners, and nothing should happen to you if you don’t want to.

It is best if you have friends or a local guide as you travel around the outskirts of the city.

But it’s best to avoid them – stick to the center and well-lit streets.

As elsewhere, treat local people with respect and do not criticize the authorities and the government.

Carry a copy of your documents with you.

As elsewhere, use common sense and do not leave your belongings unattended.

Watch out for bags and wallets – they like to snatch right on the street.

Be careful on the road – drivers do not always adhere to traffic rules.

Otherwise, this city is quite safe for tourists.

Do I Need a Visa to Visit Almaty?

Visitors to Kazakhstan must obtain a visa from one of the Kazakh diplomatic missions unless they come from one of the visa-exempt countries. Since 11 July 2020, visa-free visitors can stay for a maximum of 90 days within a 180-day timeframe (counted from the first entry).

Which Currency Is Used in Almaty?

The tenge is the currency of Kazakhstan. It is divided into 100 tiyn.

In Almaty, the summers are warm, dry, and mostly clear, and the winters are freezing, snowy, and partly cloudy. The best time to visit Almaty is the summer months, from June to September, when the temperatures are moderate, around 20 to 30 degrees Celsius.

What Do I Need to Know about Airports in Almaty?

Almaty International Airport, the main international airport of Almaty city, the busiest airport in Kazakhstan, is located in the northern part of the city. The airport is located 15 kilometers from the center of Almaty.

What Are Some Things to Do in Almaty?

Alma-Ata is the largest metropolis of Kazakhstan, located in the foothills of the Zailiyskiy Alatau. Until 1997, it was the capital of the state and still remains a commercial and cultural center. One of the main attractions of the city is the Central State Museum, which displays thousands of exhibits related to the history of the country. In the center of the city there is a park named after 28 Panfilov guardsmen. On its territory rises a bright yellow Orthodox Church – the Ascension Cathedral of Tsarist times.

Is the Water in Almaty Safe to Drink?

Is Uber Safe in Almaty?

There is no Uber taxi in Almaty. You can use any other local taxi services.