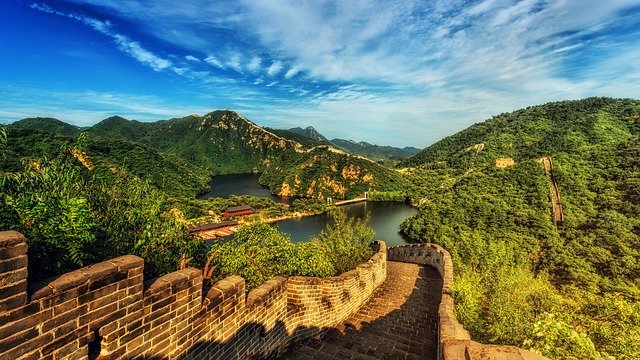 China, or officially – the People’s Republic of China, is located in Asia.

It is the third-largest country in the world, after Russia and Canada.

Known by the great Chinese Wall and the Silk Route, it is a great place for tourists to learn about the history and see a lot of great things along the way.

If you go in the period from December to February, you must visit the Harbin Ice and Snow Festival and you should miss seeing the Terracotta Army.

Crime rates vary from the region to region. Petty crimes do occur and taking some precautions to protect yourself is necessary. Keep your bag close to you, arrange for the price for a taxi ride in advance and stay alert.

Public transport in China includes buses, metro, light rail, subway and there is also the option of taking a taxi. Taxies in small cities usually don't use the meter so the drivers may try to charge you more than necessary.

Pickpocketing occurs in large crowds in China and the thieves usually try to distract you by bumping into you or dropping something. Most people will instinctively try to help and that's the moment you become vulnerable - they will try to take the wallet from you.

China is susceptible to earthquakes, droughts, heatwaves, floods, severe cold, landslides, volcano eruptions, and typhoons. Out of the 10 worst landslides and floods in the entire world, 5 occurred in China, so some caution is advised. Follow the government instructions closely.

Mugging and violent crimes are rare in China because of the severe punishments for criminals. China wants to keep its good reputation so that the tourists keep coming, so there is a great chance that you won't have any issues.

There is a certain risk of terrorist attacks because there have been cases of various explosions for the last 5 years. Busy transport stations are usually targeted. Be especially careful during the holidays or in crowded places. Follow the security protocol in case something happens.

There are some common scams that you must be aware of when you go to China. Some scammers will invite you to dinner with the intention to practice English. However, if you accept, you will be left with a huge bill to pay.

Generally, China is safe for female solo travelers, but some caution is advised. Traveling alone may put you at risk for pickpocketing. Take precautions and keep an eye on your belongings. If you need help, look for a student because young people speak English.

How Safe Is China for Tourists?

Thieves usually target foreigners since they are an easy target and tend to carry money and valuables.

So, to protect yourself, make sure you don’t carry an iPod, smartphone or laptop in crowded areas.

At least, use a backpack that is harder to open and keep it really close all the time.

If you notice that someone is trying to take your things, make sure you yell because thieves don’t want that kind of attention.

It is your biggest chance to keep your things.

People may not understand you, but they will come to your rescue.

When dining out, keep your purse on your lap, because thieves usually operate during times when they see you are distracted.

If you ride a bicycle, make sure you bring it in when you come to the hotel.

Be careful when meeting new people and don’t let your guard down.

Also, be careful when buying souvenirs, there are a lot of fake things that you will pay too much.

Overall, if you take a normal precaution, you will have a great time in China.

Do I Need a Visa to Visit China?

Visa is necessary for tourists who plan to travel to China for vacation.

Before making any arrangements, make sure you check your visa status first.

The passport must be valid for at least 6 months after the planned stay in China.

Which Currency Is Used in China?

The official currency in China is Renminbi, known also by the name Chinese Yuan.

The climate in China varies since the country is enormous.

It can range from hot and dry summers with cold winters in the northeast part, to the semi-tropical climate in the southeast.

What Do I Need to Know about Airports in China?

China has more than 200 airports.

The biggest one is Beijing Capital International Airport.

It is located 25km away from Beijing.

It handles domestic and international flights with more than 100 million passengers per year.

Having travel insurance is necessary for every tourist no matter how long the stay may be.

The general coverage that includes medical expenses, loss of luggage, theft and the cancelation of the journey is highly recommended.

What Are Some Things to Do in China?

When in China, you must go and see the Great Wall since it is a historical landmark of China and it symbolically represents their strength to overcome difficulties in life.

Is the Water in China Safe to Drink?

The tap water is not safe for drinking in China.

You may use it for brushing teeth, but it is highly recommended to drink bottled or boiled water to avoid gastrointestinal issues.

Is Uber Safe in China?

Uber is no longer available in China, but there is a local service called Didi that works on a very similar principle.

The process is pretty much the same, the ride is requested via the app.