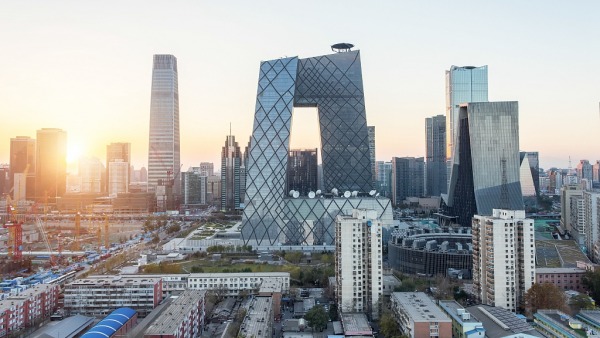 Beijing, alternatively Romanized as Peking, is the capital of the People’s Republic of China. It is the world’s most populous capital city, with over 21 million residents. The city, located in Northern China, is governed as a municipality under the State Council’s direct administration with 16 urban, suburban, and rural districts. Hebei Province mostly surrounds Beijing except for neighboring Tianjin to the southeast; together, the three divisions form the Jingjinji megalopolis and China’s national capital region.

Beijing is considered one of the safest cities in the region. The crime rate is low here. You should beware of the outskirts of the city and watch your belongings, especially during the holidays.

Pickpocketing is not common, but since Beijing is a popular tourist destination, this kind of thing happens here. Keep track of your belongings, do not leave your phone unattended, keep important documents in the hotel's safe.

Beijing is prone to earthquakes, floods, and wildfires. Study the weather conditions before your visit here.

The risk of terrorism is low in Beijing. Of course, the risk of attacks still exists due to the international position of the city.

The most common type of fraud in Beijing involves rickshaw taxi drivers. They will ask you to sit in their rickshaws, and then they will lead you through the narrow streets. Then they will stop in a secluded place to extort money from you. These rickshaws are best avoided.

Women traveling alone can feel quite safe in Beijing. The main thing is to adhere to the usual precautions and monitor your surroundings.

How Safe Is Beijing for Tourists?

Beijing is considered a fairly safe city to travel to.

The main problems are associated with petty theft and corruption in the government.

Violent crimes are sporadic, and walking around the city at night is not a problem.

Beijing also enjoys a reputation as a country with low crime rates in Asia and even the world.

Some petty crimes, such as pickpocketing, do happen, and you need to be careful in shopping areas, tourist sites, and public transport.

Thieves are more active on days before and during public holidays such as Lunar New Year.

On such days, you need to watch your belongings if you are in crowded places, especially.

Despite the safe urban areas, some areas of Beijing’s suburbs are unsafe, as almost all the city’s violent crimes are concentrated there. For example, Fengtai Midwest, Shijingshan West, Chaoyang East Border, and most Daxing (excluding the communities surrounding the subway route).

Usually, a tourist does not need to get to these areas; even a taxi may refuse to take you here.

Tourists are often preyed upon by cheats and touts, who attempt to pull several scams on tourists.

Be especially cautious in the inner city, around Tiananmen Square, and on the Great Wall’s tourist-crowded routes.

Do I Need a Visa to Visit Beijing?

Which Currency Is Used in Beijing?

In Beijing, the summers are long, warm, humid, and partly cloudy, and the winters are freezing, dry, and mostly clear. The best time to visit Beijing is in September and October.

What Do I Need to Know about Airports in Beijing?

Beijing Capital International Airport has located 26 km from the center of the city. It is the world’s second busiest airport, and it is used both for domestic and foreign trips. Another one is Nanyuan Airport, 13 km away from Forbidden City, but it is used only by China United Airlines for domestic flights.

What Are Some Things to Do in Beijing?

Beijing is the capital of China, with a history spanning three millennia. It is famous for its modern buildings and ancient architectural monuments, including the majestic Forbidden City – the imperial palace of the Ming and Qing dynasties. The giant pedestrian square Tiananmen, where the mausoleum of Mao Zedong and the National Museum of China, whose exposition is devoted to the country’s history and culture, is located, stretches out from it.

Is the Water in Beijing Safe to Drink?

Is Uber Safe in Beijing?