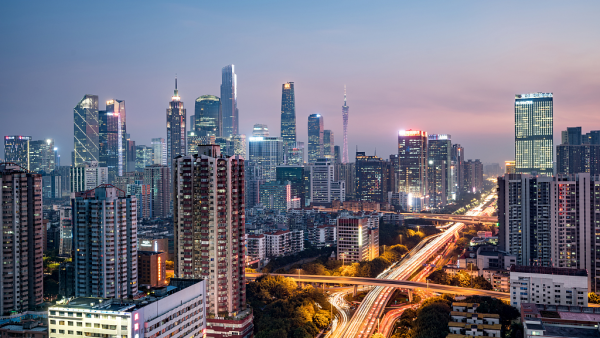 Guangzhou also known as Canton and alternately romanized as Kwangchow, is the capital and most populous city of the province of Guangdong in southern China. On the Pearl River about 120 km north-northwest of Hong Kong and 145 km north of Macau, Guangzhou has a history of over 2,200 years and was a major terminus of the maritime Silk Road.

Guangzhou is a relatively safe city. Tourists are rarely seriously robbed and attacked here. Use common sense and park your car in guarded parking lots. Otherwise, there will be no problems here.

As in other cities in China with a taxi, there can be problems associated with driver fraud. However, public transport is well-developed and quite safe to travel.

The risk of pickpocketing is especially high on public transport during rush hour and during holidays and festivals in crowded places. Keep track of your belongings and do not leave personal belongings unattended.

Guangzhou is prone to flooding as it is a port city. Study the weather conditions before your visit here.

The risk of serious attacks and robberies in this city is not high. Usually, it is enough to use common sense and be careful about your surroundings.

The risk of terrorist attacks in Guangzhou is not high. Avoid political and religious rallies and do not participate in street fights.

The scam in Guangzhou involves taxi drivers cheating tourists with their fare. Another scam is related to counterfeit money, which can be slipped on you in exchange for change or exchange for your money.

Women traveling alone can feel quite safe in Guangzhou. The main thing is to adhere to the usual precautions and monitor your surroundings.

How Safe Is Guangzhou for Tourists?

Guangzhou is generally a safe city to visit.

The crime rate is shallow here.

The main problems are associated with petty theft, car theft, and corruption.

Guangzhou is known for its liberalism and general tolerance for cultural differences.

Crimes against foreigners are rarely heard of, but pickpocketing can occur in shopping areas and transport hubs.

Always be suspicious of the seller giving up your money and returning it to you.

A type of fraud is common here when your money is quietly exchanged for fake money.

Avoid any relationship with drugs – here, they are illegal, and the punishment for their use will be severe.

Traffic conditions in Guangzhou have improved dramatically in recent years, and rules are being followed – relatively.

However, as elsewhere in China, cars are on par with pedestrians, and zebra crossings are only for demonstration purposes.

Maintain your usual common sense when traveling to this city.

Park your car in guarded parking lots, as the risk of theft remains quite high in Guangzhou.

Please keep track of your belongings, and do not leave them unattended.

Do I Need a Visa to Visit Guangzhou?

Which Currency Is Used in Guangzhou?

Guangzhou weather is generally warm and humid all year round without a clear division of seasons. October and November are the best months to visit Guangzhou.

What Do I Need to Know about Airports in Guangzhou?

Guangzhou Baiyun International Airport is a hub for international and domestic flights to China, and it is located 28 kilometers away from the city center.

What Are Some Things to Do in Guangzhou?

Guangzhou is a huge port city northwest of Hong Kong, lying on the Pearl River. The city is famous for its avant-garde buildings, including the Guangzhou Opera House, designed by architect Zaha Hadid and resembling a sea-stone rounded by the sea, the Guangdong Provincial Museum looks like a box with slots and a thin hourglass-shaped TV tower. Founded in 1894, the Chen Family Ancestor Temple houses the Guangdong Folk Art Museum.

Is the Water in Guangzhou Safe to Drink?

Tap water is not drinkable in Guangzhou. You should buy bottled water or boil tap water.

Is Uber Safe in Guangzhou?

There is no Uber taxi in Guangzhou. You can use any other local taxi services.