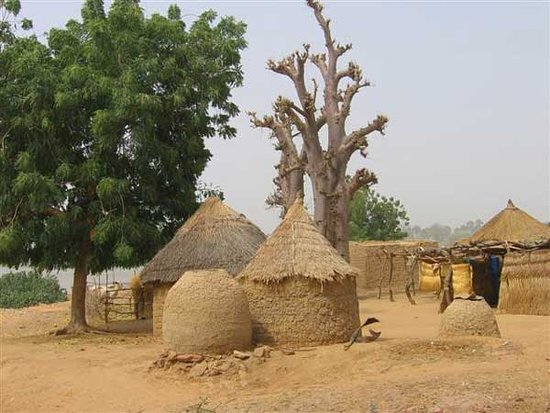 Niger is not a safe country to visit. If you need to go here, take increased security measures, keep in touch with your embassies, hire a local guide for movement, and constantly monitor your surroundings.

Public transport and roads in the country are in poor condition. Terrorists or pickpockets may also attack public transport. You can get around by taxi, but only select licensed taxi services, which can be recommended at your hotel.

There are a lot of pickpockets in Niger. Their goal is foreign tourists. Everywhere in the country, even just outside, pickpockets can try to steal your bag, backpack, or pop into your pocket. Be careful.

Niger is highly vulnerable to a number of natural hazards, particularly droughts, floods, landslides, and locust invasions. Floods are the most common and recurring natural hazards.

Due to the unstable political situation in the country, robberies and armed attacks in Niger are common. Travelers are advised to avoid certain places and areas. It is better to travel in groups and have a local guide next to you. At night, it is better to prevent any movement around the country.

Terrorist attacks in Niger are very possible and often happen. Follow the political situation in the country during your visit here. Avoid any large gatherings of people, political and religious demonstrations.

Scammers in Niger can be found everywhere. Most often, they will try to deceive you with getting a change. They can also sell low-quality goods or cheat with the price of a taxi ride. Double-check everything. Do not withdraw money from an ATM without security or outside banks - it is likely that fraudsters will be able to collect data from your card in such an ATM.

Women are not advised to travel to Niger alone. It can be very unsafe. Plan your trip to be in the company of like-minded people, preferably men, and avoid any walks at night.

How Safe Is Niger for Tourists?

The crime rate in the country is very high.

The main problems are related to corruption and bribery, thefts, car thefts, robberies, and attacks.

Niger is politically unstable, and therefore lawlessness is widespread.

Coup d’etat often takes place in the country, which causes unrest in the organization of the country.

Before you go on a trip to Niger, you need to study the political situation in the country and contact your embassy.

Also, Al Qaeda is present in Niger and abducts and kills tourists, so it is essential to know the restricted areas and to avoid them.

In the region north of Agadez over the past sixteen years, there have been many thefts, abductions, and robberies of cars.

The problem remains to this day, and tourists should consider this area essentially lawless.

You should not go beyond Agadez, even if you have a guide and a 4WD car if you seriously do not know what you are doing.

The roads passing through this point are of terrible quality, and the gangsters are plentiful.

Begging and pickpockets are typical in Niger. You continuously need to monitor your belongings and surroundings. Tourists, especially western ones, still attract the special attention of the locals, be prepared that they will poke your fingers at you and will follow you.

Do I Need a Visa to Visit Niger?

Which Currency Is Used in Niger?

The West African CFA franc is the currency of eight independent states in West Africa, including Niger. The franc is nominally subdivided into 100 centimes, but no centime denominations have been issued.

The best time to visit Niger is in January and February or July until December when you will have a hot or scorching temperature and none till limited rainfall.

What Do I Need to Know about Airports in Niger?

There are several airports in Niger. The main and busiest is located in the capital of the country, Niamey. Diori Hamani International Airport is an airport in Niamey located 9 km from Niamey in the south-eastern suburbs of the city, along the Route Nationale 1, the major highway linking Niamey with the east of the nation.

What Are Some Things to Do in Niger?

Niger, also Niger, officially – The Republic of Niger is a landlocked state in West Africa. Niger is one of the poorest countries in the world, steadily ranking last in the Human Development Index. In this country, you can visit a large reservation of giraffes, get acquainted with the local culture at annual festivals, see the local mosques and the palace of the Sultan.

Is the Water in Niger Safe to Drink?

Is Uber Safe in Niger?

There is no Uber taxi in Niger. However, you can use any other taxi service in this country or travel by car.