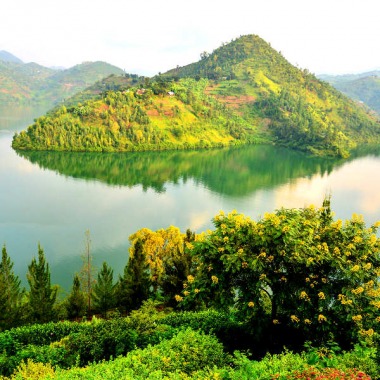 Rwanda is a safe country to travel in. Just follow the usual precautions, avoid border areas, and travel in groups. Locals are quite friendly to tourists.

Public transport is not very safe: drivers often violate traffic rules, and roads throughout the country are in poor condition. Taxis are reliable if you use a licensed service; Be sure to agree on the price of a taxi ride before you get in your car.

Petty thefts and pickpockets are not uncommon in Rwanda. Sometimes you can even grab a bag right on the street or intersection. Just watch your things and do not leave them unattended.

Rwanda is prone to droughts, earthquakes, floods, landslides, storms, and volcanoes. The effects of flood hazards have worsened as recent population growth and land scarcity have pushed people to settle in flood-prone areas.

Usually, severe robberies and armed attacks do not occur in Rwanda. Except for the border area with Congo. Be careful to avoid walking late at night, and do not go on a safari alone. Avoid any political or religious rallies.

Although there is no recent history of terrorism in Rwanda, the possibility of attacks cannot be ruled out. Examine the political situation in the country before you travel here and also make sure that you are not participating in political or other demonstrations.

In Rwanda, fraud against tourists is not very common. But sometimes locals can try to deceive you, offering to buy a nonexistent tour or tour, sell lottery tickets, or trinkets at an overpriced price. Avoid talking to suspicious people.

Women traveling alone to Rwanda can feel quite safe if they follow specific measures. Do not walk around the city at night. Do not draw attention to yourself with your clothes or expensive items. Return to the hotel by taxi if it is too late.

How Safe Is Rwanda for Tourists?

Rwanda is a safe country.

The crime index is low here, compared with the surrounding countries, and ranges from very low to medium.

The main problems are associated with petty thefts and vandalism.

Locals are usually friendly to tourists and always ready to help.

In any case, you should remain vigilant and careful, avoid crowds, demonstrations, or any other form of public gathering due to killings, injuries, and abandoned hand grenades in the group.

Visiting gorilla trekking is usually safe if you travel there in a group or safari.

When traveling in rural Tvidzheran (taxi), do not be surprised if Tvidzheran is stopped at several police or military checkpoints.

This is done to verify identity cards, car registration, and insurance, so it would be wise to bring along at least a photocopy of your passport with you wherever you go to Rwanda.

Certain areas of the country along the border with Congo and Burundi are best avoided – there are still militias and civil war. Often they even attack tourists.

In Rwanda, there is a risk of contracting malaria, so it is better to take anti-malarial drugs with you immediately, as well as sleep in rooms with nets over the bed.

Do I Need a Visa to Visit Rwanda?

The Republic of Rwanda, a member of the East African Community, allows citizens of all countries that are not visa-exempt to obtain a visa on arrival. In addition, they may also obtain an e-Visa online before departure. All visitors must hold a passport valid for at least six months with at least one empty page.

Which Currency Is Used in Rwanda?

The Rwandan franc is the currency of Rwanda. It is subdivided into 100 centimes. It has a sign: FRw, and possibly RF.

The best time to visit Rwanda is from June to mid-September. It is the long dry season. October to November is a shorter rainy season and it’s followed by a short dry season from December to February. During both of Rwanda’s dry seasons, there is often light cloud cover.

What Do I Need to Know about Airports in Rwanda?

There are 7 airports in Rwanda. The main, most loaded and used for international flights is located in the capital of the country. Kigali International Airport is the primary airport serving Kigali, the capital of Rwanda. It is the main air gateway for all destinations in the country, and in addition, serves as a transit airport for Goma and Bukavu in the eastern Democratic Republic of the Congo.

What Are Some Things to Do in Rwanda?

Rwanda is a landlocked country in East Africa with mountainous terrain. In the famous Virunga National Park, on the territory of which there are five forested volcanoes, including Karisimbi 4507 meters high, mountain gorillas and golden monkeys live. Chimpanzees and other primates can be found in the centuries-old mountain rainforests of Newngwe National Park in the south-west of the country.

Is the Water in Rwanda Safe to Drink?

Surface water in Rwanda is still severely polluted by anthropogenic activities such as the use of fertilizers and pesticides in agriculture. Tap water isn’t drinkable.

Is Uber Safe in Rwanda?

There is no Uber taxi in Rwanda. However, you can use any other taxi service in this country or travel by car.