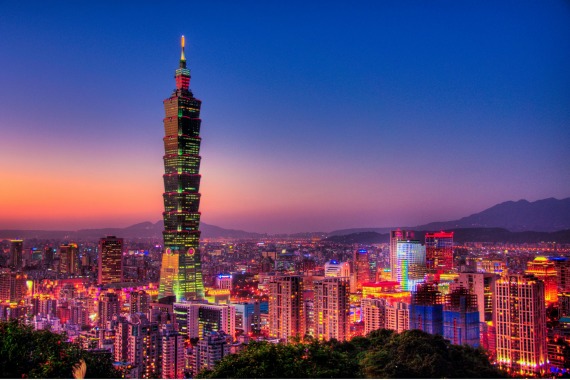 Taiwan - safety as a country

Taipei is the capital and a special municipality of Taiwan. Taipei is the political, economic, educational, and cultural center of Taiwan. It is also a part of a major high-tech industrial area. Railways, highways, airports, and bus lines connect Taipei with the rest of the island.

Taipei is one of the safest cities in the region. The main problems for tourists here will be associated only with petty theft and fraud, common in large cities.

Public transport is quite safe and reliable, just like taxis. Use only licensed taxi services and travel by taxi only in the company of like-minded people.

Pickpocketing is common near train stations and in crowded places - usually near attractions. Always keep an eye on your pockets and personal belongings. Do not leave your phone unattended on a cafe table.

Typhoons are possible in the region from July to November. Study the weather conditions before you visit Taipei.

Serious attacks and armed robbery are rare here. We can say that they do not occur in Taipei.

The risk of terrorism is low in Taipei. Of course, the risk of attacks still exists due to the international position of the city. The global risk of terrorist attacks in public areas exists worldwide, so tourists should be vigilant.

Frequent fraud in the city is associated with credit card skimming, so tourists are advised to withdraw money only from ATMs at banks with cameras.

Women traveling alone can feel quite safe in Taipei. The main thing is to adhere to the usual precautions and monitor your surroundings.

How Safe Is Taipei for Tourists?

Taipei is a very safe city to travel with, with a low crime rate.

It is safe for tourists to walk here at any time of the day or night.

Taipei is a fairly safe city, one of the safest in its region.

Therefore, tourists traveling here usually do not encounter any problems.

Even in the dark, you can freely walk around the city here.

The level of serious violence is deficient.

Avoid drugs – they are illegal here.

Pickpocketing remains a problem because, in a big city, pickpockets are attracted by gape tourists.

However, in resolving any disputes, the local police help, who usually speaks well in English, and solve tourists’ problems.

Be careful in the area of train stations and bazaars – theft often occurs here.

Do not trust those who ask or offer you help – they are usually scammers.

Prostitution is flourishing in the city.

Try not to fall into this trap.

Otherwise, you may face heavy punishment or expulsion from the country.

It is recommended to use only licensed and proven taxi services.

It is also better to take a taxi with a company, and not alone.

Do I Need a Visa to Visit Taipei?

If you wish to enter Taiwan as a tourist or short-term visitor (less than 90 days), you do not need a visa. A valid passport is a must.

Which Currency Is Used in Taipei?

The New Taiwan dollar is the official currency used in Taiwan. Formally, one dollar is divided into ten dimes and 100 cents.

In Taipei, the summers are hot, oppressive, and overcast; the winters are cool, windy, and partly cloudy; and it is wet year-round. The best time to go to Taipei is between March and May. During this time, the average temperatures are at a bearable 22°C, rising from the winter lows but not yet at the summer highs.

What Do I Need to Know about Airports in Taipei?

What Are Some Things to Do in Taipei?

Taipei, Taiwan’s capital, is a modern metropolis with Japanese colonial lanes, busy shopping streets, and contemporary buildings. The skyline is crowned by the 509m-tall, bamboo-shaped Taipei 101 skyscraper, with upscale shops at the base and a rapid elevator to an observatory near the top. Taipei is also known for its lively street-food scene and many night markets, including expansive Shilin market.

Is the Water in Taipei Safe to Drink?

Tap water is not drinkable in Taipei. You should buy bottled water or boil tap water.

Is Uber Safe in Taipei?