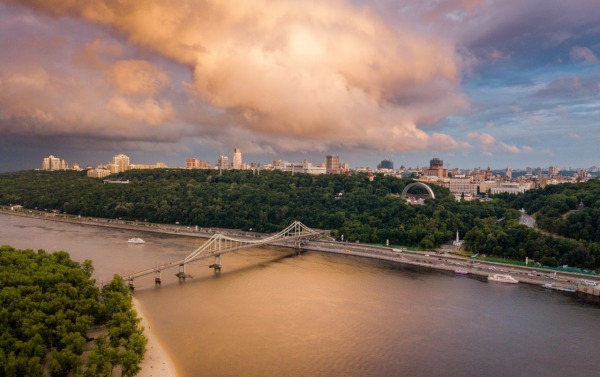 Ukraine is quite a safe country to travel to. The country has long been developing following European values and strives for high standards of social life. Using common sense will help you avoid serious problems when traveling here.

Public transport is quite safe and well-developed, especially in big cities. But be sure to keep an eye on your belongings in it, as there can be many pickpockets. Also, most of the stop inscriptions are written in Cyrillic, although in large cities, the names of stops in English are duplicated in the metro and buses. Taxis are safe and reliable; however, use only licensed taxi services.

There are many pickpockets. Don't leave your belongings unattended and keep an eye on your surroundings. Pickpocketing is especially common in public transport, train stations, airports, and tourist destinations.

Ukraine is vulnerable to flooding from river floods (especially mountainous ones), extreme temperatures, forest fires, and hurricanes. However, this usually does not pose significant problems. Study the weather conditions in the country before your visit here.

Serious armed attacks and robberies are rare in Ukraine. Usually, they do not concern tourists and are associated with the showdown of local gangs. In any case, do not walk late at night, do not sit in bars and do not stay in dimly lit alleys on the outskirts of cities.

Attacks in Ukraine can’t be ruled out. The Ukrainian authorities have announced that they have disrupted several planned attacks, including in Kyiv. Attacks have mainly been aimed at official Ukrainian targets, but could happen anywhere and could affect western interests and places visited by foreigners.

Fraud in Ukraine is usually associated with SMS and email newsletters, where you are informed about your winnings and asked to transfer your data and your card details. Never leave this information to strangers. Also, withdraw money from ATM at banks to avoid card skimming.

Women traveling alone can feel quite safe in Ukraine. Behave here as you would in your own country. Keep an eye on your surroundings and things, do not walk late at night in poorly lit and remote areas.

How Safe Is Ukraine for Tourists?

Ukraine is generally a relatively safe country to travel to.

The main problems are associated with petty theft, car theft, assault, and corruption.

Using common sense when traveling to Ukraine will help you avoid any significant problems.

The locals are quite welcoming and friendly.

Not everyone speaks English, but in shops and for any young people on the streets of large cities won’t be challenging to talk to you in English.

As in any other country, there is the possibility of petty theft.

In Kyiv, do not forget to guard your belongings and people, because theft is widespread, especially in crowded metro stations.

Travelers should remember that some parts of the country are in military conflict (Donetsk, Lugansk) and occupied by Russia (Crimea).

Try not to discuss this conflict with the locals, as this will generate a storm of emotions and may hurt the feelings of local people.

Pickpocketing and fraud are common, especially in crowded places, in tourist areas, in bars and nightclubs, and on public transport.

Groups of Roma often perpetrate pickpocketing on the Kyiv metro and buses.

But usually, you will notice them right away.

Do I Need a Visa to Visit Ukraine?

Which Currency Is Used in Ukraine?

The hryvnia is the national currency of Ukraine since 2 September 1996. The hryvnia is subdivided into 100 kopiyok. It is named after a measure of weight used in medieval Kievan Rus’.

The best times to visit Ukraine for ideal weather are mid-April to mid-October. The average temperatures in Ukraine vary drastically, and the weather feels cold for about half of the year and otherwise excellent with a low chance of precipitation most of the year.

What Do I Need to Know about Airports in Ukraine?

What Are Some Things to Do in Ukraine?

Ukraine is a vast country in Eastern Europe, famous for its Orthodox churches, Black Sea resorts, and wooded mountains. The capital of the state is known for the Kyiv-Pechersk Lavra – a place of pilgrimage for Orthodox Christians. Here are preserved caves and mummified remains of monks. In the west of the country, there are the beautiful Carpathian Mountains, where you can practice climbing and long walks. In the south – the sea coast with beaches and recreation areas. Its delicious cuisine highlights the diversity and beauty of Ukrainian cities.

Is the Water in Ukraine Safe to Drink?

Ukraine is well covered with water resources and does not experience problems with water supply. Tap water is not drinkable; it is better to boil it or buy bottled water.

Is Uber Safe in Ukraine?

There is an Uber taxi in Ukraine. It can be called from the application on the smartphone. The cost of the trip will depend on the time of day and the length of the journey.