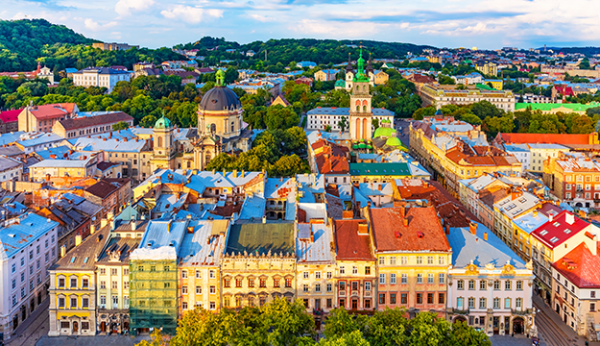 Ukraine - safety as a country

Lviv is the largest city in western Ukraine and the seventh-largest city overall, with a population of 720,383. Lviv is one of the main cultural centers of Ukraine.

Lviv is a relatively safe city. Use common sense, don't walk around town late at night, leave things unattended, and keep an eye on your surroundings.

Lviv is not exposed to any serious risks of natural disasters.

The risk of serious robbery and armed attack in Lviv is very low. Avoid communicating with suspicious individuals and do not walk late at night in areas remote from the city center.

How Safe Is Lviv for Tourists?

Lviv is a relatively safe city to travel to.

The main problems are related to corruption, petty theft, and vandalism.

Street crime like pickpocketing and fraud is not common here.

However, in areas remote from the city center, this is possible, especially at night.

Street fights are rare, and armed robberies are hardly heard of.

However, it is advisable to keep bags and personal items in plain sight in crowded bars, as there are occasional reports of phones and wallets being stolen.

The city attracts thousands of tourists, the locals are friendly and many, especially young people, speak English well.

As elsewhere, use common sense, watch your belongings, remember that it is better not to leave any mobile phones or bags unattended.

Pickpockets can be more common in tourist and crowded places.

Do I Need a Visa to Visit Lviv?

Which Currency Is Used in Lviv?

The hryvnia, hryvna, or sometimes hryvnya has been the national currency of Ukraine since 2 September 1996. The hryvnia is subdivided into 100 kopiyok.

In Lviv, the summers are comfortable and partly cloudy, and the winters are freezing, dry, windy, and mostly cloudy. Months of April, May, June, September, and October are usually months of the best weather in Lviv.

What Do I Need to Know about Airports in Lviv?

International airport “Lviv” named after Daniil Halytsky, IATA code – LWO – an international airport in Ukraine, ranks first in passenger traffic and branching of the route network in Western Ukraine third after two Kyiv airports. Located within the city, 7 km from the center of Lviv to the southwest.

What Are Some Things to Do in Lviv?

The city’s architecture retains traces of Polish and Austro-Hungarian heritage and combines Eastern and Central Europe, namely Italy and Germany. In the park of the High Castle on the top of the mountain, there are the ruins of a 14th-century fortress. It offers panoramic views of the green domes of the churches and the hills surrounding the city.

Is the Water in Lviv Safe to Drink?

Is Uber Safe in Lviv?