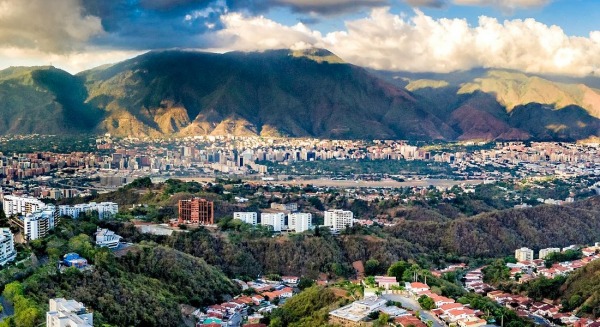 Venezuela - safety as a country

Caracas, officially Santiago de León de Caracas, abbreviated as CCS, is the capital and largest city of Venezuela and the Metropolitan Region of Caracas. Caracas is located along the Guaire River in the northern part of the country, within the Caracas Valley of the Venezuelan coastal mountain range.

Caracas is not a safe city to travel to, and if you do not need to visit it, it is better not to go here. The city has a high crime rate.

Public transport is not safe and does not run on schedule. For safe movement around the city, it is better to use a taxi or rent a car. In this case, use only the recommended licensed taxi service.

Pickpocketing occurs in Caracas at every turn, so wear an anti-theft backpack, look after your belongings, and don't leave your phones and wallets unattended. In crowded places, keep an eye on your surroundings.

Caracas is affected by earthquakes and is also prone to seasonal flooding. Study the weather conditions before your visit here.

There is a risk of armed attacks or kidnapping in Caracas, and the common goal of robbers is to get your money and valuables. Therefore, if you are attacked, give the robbers what they ask of you to save your life.

How Safe Is Caracas for Tourists?

Caracas is one of the cities in the world that is very unsafe to visit.

The problems in the city are related to drug trafficking, vandalism, robberies, armed attacks, and violent crimes.

Unfortunately, all over Venezuela, there are clashes between government supporters and anti-government figures.

The security situation in Venezuela is critically unstable.

Due to the lack of effective law enforcement and criminal justice systems, crime is also widespread and often goes unpunished.

The problem in Caracas is the often drug-affected homeless that can be found all over the city and the knife-wielding robbers.

If you need to visit Caracas, try to limit your activities to daylight hours, but remember that crime in Caracas occurs at any time.

Never call a taxi from the street – it is better to use the services recommended to you.

Don’t carry a lot of jewelry, cash, and expensive gadgets, all of which attract criminals, and you can easily become a victim of a robbery.

Bring copies of your passport and important documents, and leave the originals at the hotel.

Violent crime in Caracas is a serious problem and has been steadily getting worse in recent years.

Caracas has been listed as one of the most dangerous cities globally.

Do I Need a Visa to Visit Caracas?

Visitors to Venezuela must obtain a visa from one of the Venezuelan diplomatic missions unless they come from one visa-exempt country. Visitors are required to hold proof of sufficient funds to cover their stay and documents required for their next destination. A valid passport is a must.

Which Currency Is Used in Caracas?

The bolívar soberano replaced the bolívar fuerte after a transition period. The primary reason for replacement, at a rate of 1 Bs.S to 100,000 Bs.F, was hyperinflation.

In Caracas, the wet season is muggy and overcast, the dry season is mostly cloudy, and it is warm year-round. The best time to visit Caracas in Venezuela is from January until April, June, and December.

What Do I Need to Know about Airports in Caracas?

International Airport of Maiketia named after Simon Bolivar is a commercial airport located within the city of Maiketia, 20 kilometers from the capital of the country, Caracas.

What Are Some Things to Do in Caracas?

Caracas is the capital of Venezuela, located in a mountain valley in the north of the country, the commercial and cultural center of the republic. Here in the National Pantheon, founded in the 19th century on the territory of the Old City, the leader of the struggle for the independence of the Spanish colonies in America and the national hero of Venezuela, Simon Bolivar, is buried. Not far from the National Pantheon, there is a monument of Romanesque architecture of the 17th century – the Cathedral of Caracas. The city is dominated by the Central Park urban complex with twin towers 225 m high.

Is the Water in Caracas Safe to Drink?

Tap water is not drinkable in Caracas. You should buy bottled water or boil tap water.

Is Uber Safe in Caracas?

There is no Uber taxi in Caracas. You can use any other local taxi services.