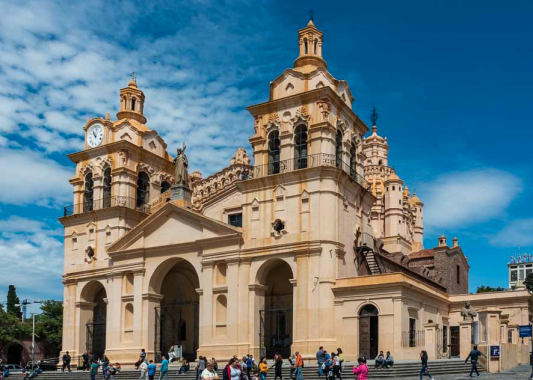 Argentina - safety as a country

Córdoba is a city in central Argentina, in the Sierras Chicas’ foothills on the Suquía River, about 700 km northwest of Buenos Aires. It is the capital of Córdoba Province and the second-most populous city in Argentina after Buenos Aires.

Cordoba is not the safest city to travel to, but avoiding disadvantaged areas and walking around the city at night can avoid most of the troubles.

Public transport may not be safe due to pickpockets. Taxi is a reliable and safe way to travel, use only licensed taxi services.

Pickpockets in the city are found at every turn. There are also a lot of bag snatchers who grab bags at intersections. Don't carry a lot of cash and precious items with you. Store important documents in the hotel safe. Always keep an eye on your pockets and your surroundings.

Cordoba suffers from seasonal flooding due to a poor drainage system. Study the weather conditions before your visit here.

Armed attacks in Cordoba happen, including against tourists. Avoid areas remote from the city center and do not walk around the city late at night. It is also better not to carry expensive things and devices with you.

The risk of terrorism is minimal in Cordoba. However, the possibility of terrorist attacks in the Argentine capital cannot be ruled out.

Scams in Cordoba are often associated with taxi drivers. Taxi drivers tend to recognize tourists and inflate prices, while thieves grab bags in public and run away. Always keep an eye on your belongings and surroundings.

Women traveling alone will feel safe in this city. It is important not to attract the attention of local men with your behavior or clothing. Keep your common sense.

How Safe Is Cordoba for Tourists?

Cordoba is not the safest city to travel to.

The main problems are related to the theft of things, robberies, car theft, assault, and corruption.

There is a lot of theft on public transport in Cordoba.

There are dangerous suburbs, but they do not have tourist attractions.

They often lie near the outer ring road (Avenida Circunvalación).

Therefore, you are unlikely to face crimes here.

The most dangerous areas are Villa El Libertador and the Santa Isabel area, on the road to Alta Gracia.

Many stray dogs in the suburbs can contract rabies if they bite, but this is rare.

In some areas, especially in the southeast and east of the Rio Suchia region, water and air are polluted, which poses a great danger to the people who live there. Still, these areas are usually outside the tourist routes.

Be careful with those who ask or offer help.

They may be scammers who want to deceive you.

Pickpocketing is a big problem in Cordoba, as in any other big city in the world.

Be very careful in crowded places in the city center, in crowded subway cars and buses.

Do I Need a Visa to Visit Cordoba?

Visitors to Argentina must obtain a visa from one of the Argentinian diplomatic missions unless they come from visa-exempt countries. A valid passport is a must.

Which Currency Is Used in Cordoba?

The peso is Argentina’s currency, identified by the symbol $ preceding the amount in the same way as many countries using dollar currencies. It is subdivided into 100 centavos.

In Córdoba, the summers are warm and wet; the winters are short, cold, and dry, mostly clear year-round. The period from March to May and August to November is the best period for visiting Cordoba.

What Do I Need to Know about Airports in Cordoba?

What Are Some Things to Do in Cordoba?

Córdoba, the Argentine province of the same name, is known for its Spanish colonial architecture. It’s home to the Manzana Jesuítica (Jesuit Block), a 17th-century complex with active cloisters, churches, and the original campus of the Universidad Nacional de Córdoba, one of South America’s oldest universities. The city’s focal point is Plaza San Martín and its neo-baroque Cathedral of Córdoba.

Is the Water in Cordoba Safe to Drink?

The water is perfectly safe in these locations, but you might prefer bottled water because the taste might not be perfect for drinking.

Is Uber Safe in Cordoba?

There is an Uber taxi in Cordoba. The cost of the trip will depend on the time of day and distance. You can call a taxi from the application on your smartphone.