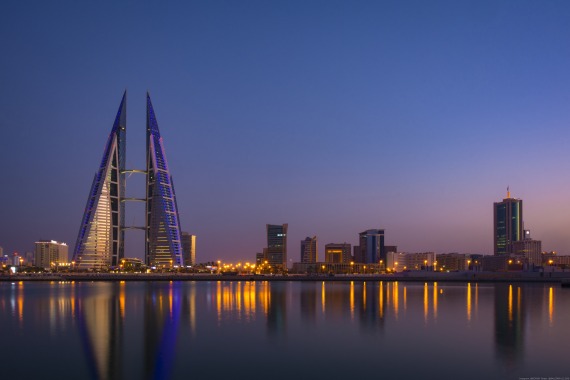 Bahrain - safety as a country

Manama is the capital and largest city of Bahrain, with an approximate population of 157,000 people. Long an important trading center in the Persian Gulf, Manama is home to a very diverse population. After periods of Portuguese and Persian control and invasions from Saudi Arabia and Oman’s ruling dynasties, Bahrain established itself as an independent nation in 1971 after a period of British hegemony.

Manama is generally a safe city to travel to. However, some areas may be less secure. Be attentive and watch your belongings.

Public transport is well-developed in Manama. However, there are often congestion and dangerous driving on the roads. On buses, watch out for your pockets. Use only licensed taxi services.

Manama attracts many tourists every year. Therefore, the city attracts many pickpockets. Pickpocketing is common in tourist destinations and public transport. Watch your pockets and your surroundings.

The main danger in Manama is high temperatures, sweltering heat, and sandstorms. Check the weather forecast before your visit here.

Serious robberies and kidnappings rarely happen in this city, and the risk is minimal.

Fraud is not common in Manama. In any case, stay vigilant and double-check everything.

Women visiting Manama should take special precautions, wear modest clothing, avoid talking to unknown men, and be aware of cultural differences. Don't draw too much attention to yourself.

How Safe Is Manama for Tourists?

Manama is a fairly safe city to travel to.

The main problems are associated with petty theft and pickpocketing.

As elsewhere in this city, try to follow the usual precautions.

The districts of Manama that are far from the city center can be more dangerous.

The old bazaar, located in the north of Manama, is the main pickpocket area.

Smartphone theft is widespread, and thieves use various methods to rob tourists.

If you are using a taxi, make sure the driver turns on the taximeter or discusses the trip’s price in advance.

Failure to do so can lead to misunderstandings and overpricing.

Be nice to people, and they will give you respect.

You have been given a great opportunity to see other peoples and places.

Learn to appreciate them for their good points – you will be pleasantly surprised and find that there are many here in Bahrain, and you will make lovely friends.

Pickpocketing is common on public transport, bazaars, and tourist destinations.

Don’t carry a lot of cash and expensive devices with you.

Usually, serious attacks and robberies do not occur here, but it is better not to attract criminals with expensive things and money bundles.

Do I Need a Visa to Visit Manama?

Visitors to Bahrain must obtain a visa in advance unless they come from one visa-exempt country or countries eligible for visa arrival. Passport must be valid for 6 months from arrival, and visitors must hold return or onward ticket

Which Currency Is Used in Manama?

The dinar is the currency of Bahrain. It is divided into 1000 fils. The Bahraini dinar is abbreviated د.ب (Arabic) or BD (Latin). It is usually represented with three decimal places denoting the fils.

What Do I Need to Know about Airports in Manama?

Bahrain International Airport, which is in Muharraq, about 7 km from the capital Manama, has international flights with more than 8 million passengers per year. There are shops, banks, pharmacies, and many other facilities at the airport.

What Are Some Things to Do in Manama?

Manama is the modern capital of the Kingdom of Bahrain in the Persian Gulf. Since ancient times, the city has been at the intersection of major trade routes. The Bahrain National Museum displays artifacts from Dilmun’s ancient civilization, which has played an important role in the region for millennia. The bazaar in the thriving Bab al Bahrain quarter sells luxurious handcrafted fabrics, spices, pearls, and more.

Is the Water in Manama Safe to Drink?

Is Uber Safe in Manama?

There is an Uber taxi in Manama. The cost of the trip will depend on the time of day and distance. You can call a taxi from the application on your smartphone.