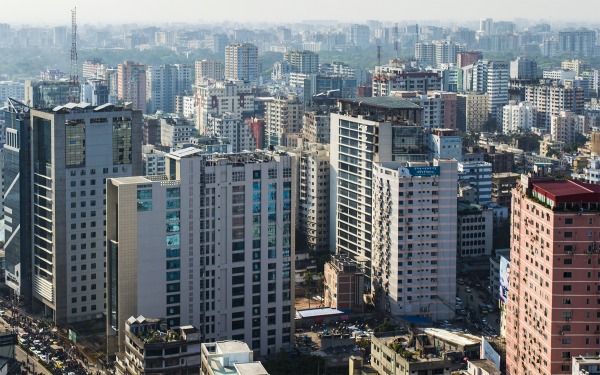 Bangladesh - safety as a country

Dhaka formerly known as Dacca, is the capital and the largest city of Bangladesh, as well as the largest city in the Bengal region. It is the ninth-largest and the sixth-most densely populous city in the world with, as of 2011, a population of 8.9 million residents within the city limits, and a population of over 21 million residents in the Greater Dhaka Area.

Pickpocketing occurs in Dhaka at every turn, so wear an anti-theft backpack, look after your belongings, and don't leave your phones and wallets unattended. In crowded places, keep an eye on your surroundings.

There is a risk of armed attacks or kidnapping in Dhaka, and the common goal of robbers is to get your money and valuables. Therefore, if you are attacked, give the robbers what they ask of you to save your life.

How Safe Is Dhaka for Tourists?

Dhaka is not a safe city to travel to.

The main problems are related to corruption, robbery, and drug trafficking.

As in any big city, you must keep a close eye on your surroundings and try not to walk at night.

This is especially important for women traveling alone.

There are many beggars and poor people in this city who will strive to make friends with you in order to get money.

Even children are beggars here.

But before you give them anything, keep in mind that they are likely to resell by giving money or buying expensive things; in many cases, these children are taught or forced to beg and have to give all the money or items to the organizer.

So keep that in mind and that your gesture of goodwill can support these structures and exploitation.

Travelers are often the victims of robberies and assaults, so do not draw undue attention to yourself and keep an eye on your belongings at all times.

Avoid any large gatherings, even positive ones, as there is a good chance that you will become the center of attention, and you probably do not want it from a group of raucous singers.

Do I Need a Visa to Visit Dhaka?

Bangladesh requires all foreigners to obtain permission to enter its territory. Visas are issued by Bangladesh diplomatic missions located worldwide or, if applicable, on arrival in Bangladesh. A valid passport is a must.

Which Currency Is Used in Dhaka?

The Bangladeshi taka is the currency of the People’s Republic of Bangladesh. In Unicode, it is encoded Issuance of banknotes ৳100 and larger is controlled by Bangladesh Bank, while the ৳2 and ৳5 banknotes are the responsibility of the ministry of finance of the government of Bangladesh.  It was formerly divided into 100 poysha, but poysha coins are no longer in circulation.

In Dhaka, the wet season is hot, oppressive, and mostly cloudy, and the dry season is warm and mostly clear. The best months for good weather in Dhaka are January, February, March, October, November, and December.

What Do I Need to Know about Airports in Dhaka?

Hazrat Shahjalal International Airport is the largest and most prominent international airport in Bangladesh. It is located in Kurmitola, 17 kilometers from the city center, in the northern part of the capital city Dhaka.

What Are Some Things to Do in Dhaka?

The city is located on the banks of the Buriganga River and is the government, trade, and cultural center of the country. The 17th-century historic district reminds us that Dhaka used to be the Mughal capital of Bengal. Many palaces and mosques of those times have been preserved here. Now it is a modern, fast-growing metropolis. The complex of buildings of the National Parliament designed by the American architect Louis Kahn can serve as a symbol of the rapid development of Dhaka.

Is the Water in Dhaka Safe to Drink?

Drinking tap water in Dhaka, Bangladesh, is not safe. You can use bottled water or boil tap water.

Is Uber Safe in Dhaka?