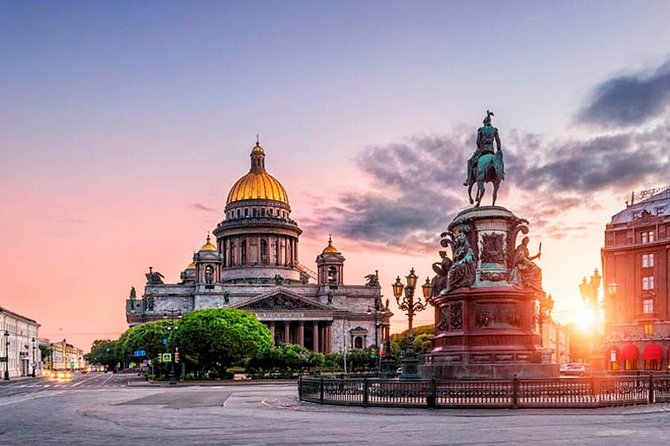 St. Petersburg is a popular and big city for travel. It is safe here if you take certain precautions. Keep track of your belongings and avoid districts far from the city center.

Public transport is well developed and safe. The metro can get crowded during rush hour. Watch out for your pockets in this case. Taxi is a convenient and safe way to get around the city. Use a taxi to return to your hotel if it's already late at night.

Pickpockets are frequent in this city, and tourists need to keep track of their belongings, especially for telephones and photographic equipment. Just keep these things with you at all times and wear an anti-theft backpack.

This region is practically not subject to any risk of natural disasters. In winter, the climate is very harsh. Study the weather conditions before your visit and prepare appropriate clothing.

Serious robberies and armed attacks are rare in Saint Petersburg, usually in the suburbs and poorly lit, deprived areas. Avoid such places and do not walk there at night.

Due to its international position, there is a high risk of terrorist attacks in Saint Petersburg. Avoid large crowds and do not participate in rallies and big social events.

A common scam in this city is the extortion of money; sometimes, even children are involved. Keep an eye on your surroundings, and do not trust those who ask or offer help.

Women traveling alone can feel quite safe in Saint Petersburg. The main thing is to adhere to the usual precautions and monitor your surroundings.

How Safe Is Saint Petersburg for Tourists?

St. Petersburg is a large and popular city.

It attracts thousands of tourists every year.

As in any big city, it has its own problems: petty theft, pickpocketing, and vandalism.

However, the city is quite safe to travel to if you follow the precautions.

The main problems are related to bribery and corruption.

St. Petersburg has an undeserved reputation as a dangerous city.

However, everything changed over 20 years ago.

Now it is a popular, safe and developed city.

As with most other major cities, avoid traveling alone at night or getting into fights with drunks.

If you are traveling at night, it is recommended that you avoid dark alleys or courtyards.

The safest area in the center and the western part of the city.

Suburbs such as Kupchino, Veterans, Ligovo, and Sennaya in the center should be avoided at night.

As a rule, the further from the city center, the more dangerous it is.

The metro can be very crowded during rush hour and there is a lot of pickpocketing.

Always keep track of your belongings.

Do I Need a Visa to Visit Saint Petersburg?

Which Currency Is Used in Saint Petersburg?

In Saint Petersburg, the summers are comfortable and partly cloudy, and the winters are long, freezing, dry, and overcast. The best time to visit St. Petersburg is from March to May when the weather is comfortable.

What Do I Need to Know about Airports in Saint Petersburg?

Pulkovo Airport is an international airport serving St. Petersburg, Russia. It consists of one terminal, Terminal 1, located 23 km south of the city center.

What Are Some Things to Do in Saint Petersburg?

St. Petersburg is a Russian port city on the Baltic Sea. It was the imperial capital for 2 centuries, founded in 1703 by Peter the Great, subject of the city’s iconic “Bronze Horseman” statue. It remains Russia’s cultural center, with venues such as the Mariinsky Theatre hosting opera and ballet and the State Russian Museum showcasing Russian art, from Orthodox icon paintings to Kandinsky works.

Is the Water in Saint Petersburg Safe to Drink?

The tap water is of good quality, but it contains a lot of chlorine, and it is not recommended to drink it.

Is Uber Safe in Saint Petersburg?