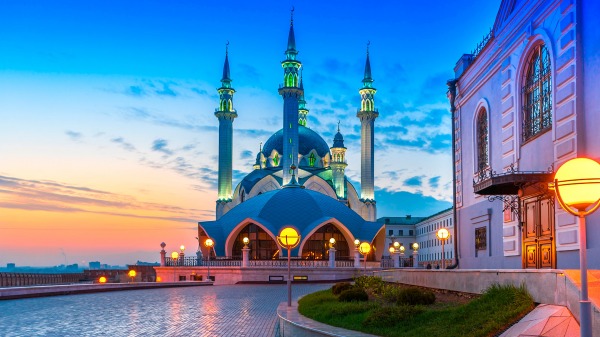 Kazan is the capital and largest city of the Republic of Tatarstan in Russia. The city lies at the Volga and the Kazanka rivers’ confluence, covering an area of 425.3 square kilometers, with a population of over 1.2 million residents.

Kazan is one of the safest cities in Russia. More often than not, you can face extortion of bribes and corruption than with any other type of risk.

Public transport is as safe as taxis. Use only licensed taxi services. Do not take a car from the street; it may not be safe.

Pickpocketing is possible at bazaars, train stations, and public transport. Be considerate of those who ask or offer you help. These could be scammers. Children often carry out pickpocketing.

Kazan is not in the field of any serious risks of natural disasters.

The risk of serious robbery and armed attacks is shallow in Kazan. There is little danger of these attacks in the suburbs. However, the likelihood that you will be attacked is minimal.

The main fraud in the city is related to gambling and lotteries. Avoid participating in such games. Double-check your change at restaurants and shops.

Women traveling alone will feel quite safe in Kazan. The main thing is not to attract undue attention to yourself and follow the usual behavior rules, as at home.

How Safe Is Kazan for Tourists?

Kazan is a very safe city to travel to.

Some time ago, the city was considered unsafe.

Nowadays, the reputation of the city has improved significantly.

As in any other city, here you need to keep track of your belongings and pockets.

Petty and wallet thefts are possible, especially on public transport.

There are thieves at bazaars and train stations; you should be as careful as possible.

Don’t carry a lot of valuable items and jewelry with you.

Do not stay up late in the bar and do not get into drunken fights – local people love to drink and behave inappropriately.

Leave your valuables in the hotel safe and return by taxi if it’s late at night.

Kazan as a whole is a friendly and very colorful city, but you shouldn’t lose your vigilance.

There is usually a lot of police and surveillance cameras in the city center.

However, stay alert when traveling.

Do I Need a Visa to Visit Kazan?

Which Currency Is Used in Kazan?

In Kazan, the summers are comfortable and partly cloudy, and the winters are long, freezing, snowy, windy, and overcast. The best time to visit Kazan in Russia is from June until August when you will have a pleasant temperature and limited rainfall.

What Do I Need to Know about Airports in Kazan?

What Are Some Things to Do in Kazan?

Kazan is a city in southwest Russia on the banks of the Volga and Kazanka rivers. The capital of the Republic of Tatarstan, a semi-autonomous region, it’s known for the centuries-old Kazan Kremlin, a fortified citadel containing museums and sacred sites. Kremlin landmarks include the tiered Tower of Soyembika, the blue-and-gold domed Annunciation Cathedral, and the vast, colorful Kul Sharif Mosque.

Is the Water in Kazan Safe to Drink?

Is Uber Safe in Kazan?

There is no Uber taxi in Kazan. You can use any other local taxi services.