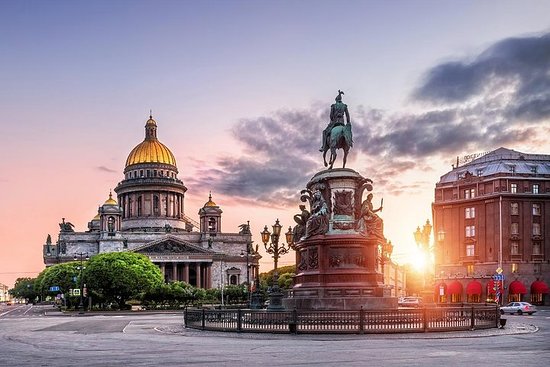 Russia is an entirely safe country to travel to. If you use common sense, exercise caution, and watch your surroundings - as a tourist, you will not encounter problems in this country. Do not walk in remote areas of the city late at night and do not get drunk in bars.

Public transport is generally safe, in large cities of Russia, it is in good condition and runs on schedule. However, always remember that pickpockets are often found on buses and trains. Keep track of your things. Taxis are safe, choose only licensed services.

There are a lot of pickpockets in the country. Especially in tourist places, near churches, museums, train stations, and airports. Be extremely careful, and do not leave things unattended. Very often, young children are used for pickpocketing.

In general, there are no major natural disasters in Russia. However, in some regions, they may be more susceptible to extreme frost and snowfall. And in the area of the large river spills, floods occur. Examine the natural situation in the region of your trip before visiting Russia.

Armed robberies and attacks are rare but are more common in the North Caucasus region. There may also be kidnapping for blackmail or theft. Be careful, travel in groups, and do not appear in areas remote from the city center at a later time of the day.

Terrorists are very likely to try to carry out attacks in Russia. Although these have mainly been by Islamist and rebel groups in the North Caucasus, attacks in other major cities and regions can’t be ruled out. Previous strikes, including in Moscow and St Petersburg, have seen large numbers of casualties.

One of the most common types of fraud in Russia is the extraction of money and personal data through dating sites. Russian girls are popular, so scammers can create fake accounts, and profiting from foreigners. Remember this, and be extremely careful. In large cities of Russia, fraudsters on the streets can offer you participation in lotteries and other ways of cheating. Avoid such suggestions.

Women traveling alone will not experience any problems in Russia. Use common sense and be careful at night, avoid deserted and poorly lit streets, and be alone with strange people in abandoned areas. Otherwise, it is safe for any traveler.

How Safe Is Russia for Tourists?

Russia is a safe country to travel, but the crime index ranges from low to medium and depends on the region of the country.

The main problems are related to thefts, vandalism, hacking cars, and corruption.

Although crime has fallen sharply since the 1990s, petty crime is still a problem, and it is always advisable to be careful with the world around you.

As in most European cities, the biggest problem in Russian cities is drug addicts who commit thefts and pickpockets.

If you avoid the disadvantaged areas of cities, then you are unlikely to encounter this problem.

If you are on the outskirts of a city or in a poorly lit area, be sure to remove expensive devices (phones, watches) and do not shine with a lot of cash.

The police react to crimes quite quickly, but they do not always know English well.

When traveling to the North Caucasus region, caution is advised, as it is considered the most dangerous in Russia.

This area has gained a poor reputation for terrorism, crime, and the extremes of both corruption and lawlessness.

Remember that drivers in Russia do not drive very carefully and often violate the rules of the road.

This is especially true if you travel outside of major cities and in your car.

As a pedestrian, be especially careful when crossing roads, as pedestrian crossings are widely ignored.

Do I Need a Visa to Visit Russia?

The visa policy of Russia deals with the requirements which a foreign national wishing to enter the Russian Federation must meet to obtain a visa, which is a permit to travel to, enter, and remain in the country. Visa exemptions are based on bilateral or multilateral agreements. Russia has agreements with scores of countries whose citizens are either exempt from visas or can apply for a visa online (e-visa). Citizens of states without such an agreement with Russia must obtain a visa in advance from a Russian diplomatic mission or visa center. A valid passport is a must.

Which Currency Is Used in Russia?

The Russian ruble or rouble is the currency of the Russian Federation. The ruble is subdivided into 100 kopeks. It has sign: ₽, and code: RUB.

Russia is a vast country that lies in several climatic zones. The northern regions have a harsh climate and comfortable weather; there are only a few weeks in the summer. The southern areas have a longer and warmer summer. In general, for a pleasant trip, it is better to visit the country from May to September.

What Do I Need to Know about Airports in Russia?

In Russia, a vast number of airports. The most basic and busiest are located in the capital of the country – Moscow and in the city of St. Petersburg. Sheremetyevo Alexander S. Pushkin International Airport is one of four international airports that serve the city of Moscow. It is the busiest airport in Russia, as well as the eighth busiest airport in Europe. Pulkovo Airport is an international airport serving St. Petersburg, Russia. It consists of one terminal, Terminal 1, which is located 23 km south of the city center.

What Are Some Things to Do in Russia?

Russia is the largest country in the world, located in Eastern Europe and North Asia and washed by the waters of the Pacific and Arctic Oceans. The landscape of Russia is extremely diverse: on its territory, there are tundra, forests, and subtropical beaches. At the Bolshoi Theater in Moscow and the Mariinsky Theater in St. Petersburg, ballet troupe performances have gained worldwide fame. St. Petersburg, founded by Emperor Peter I, is known for its Baroque Winter Palace, which houses part of the Hermitage Museum’s extensive art collection.

Is the Water in Russia Safe to Drink?

Water pollution is a severe problem in Russia, and 75% of surface water and 50% of all water in Russia is now polluted. Tap water isn’t drinkable.

Is Uber Safe in Russia?

There is an Uber taxi service in Russia. You can call it from the application on your smartphone. The price of the trip will depend on the distance and time of day.