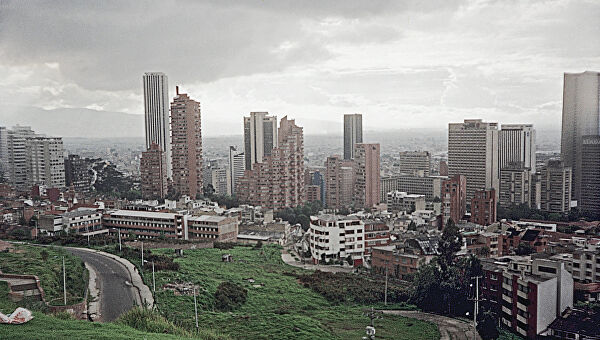 Colombia - safety as a country

Bogotá is the capital and largest city of Colombia, the administrative center of the Cundinamarca Department. It forms an independent administrative unit of the country – the capital district, divided into 20 districts. It is located in the Eastern Cordillera’s intermontane basin at an altitude of over 2600 m, making the city’s climate cool. Susceptible to earthquakes.

Bogota is not the safest city. Especially unsafe here at night. If you want to travel safely here, you must adhere to safety measures and avoid drug dealers' communication.

The biggest transport hazard in Bogota is unlicensed taxis. Use only licensed transportation services. Public transport is well established but can be unsafe due to pickpockets.

Pickpocketing is very common, especially on crowded buses and TransMilenio. Don't carry a lot of cash and jewelry with you. Leave your original documents in the hotel safe, and always keep an eye on your belongings.

Bogotá has an increased risk of earthquakes and volcanic eruptions. Study the weather conditions before your visit here.

Armed robberies and assaults are not uncommon in Bogotá. Unfortunately, due to the showdown of drug dealers, tourists also get into such skirmishes. Avoid any relationship with drugs, do not get involved in street fights, and not walk around the city late at night, especially alone.

The risk of terrorism is also high in Bogotá due to the frequent showdown of gangster groups. Study the political situation in the city before your trip here.

The most common type of scam that occurs here is taxi fare scams - especially on an unlicensed taxi. As well as skimming credit cards at an ATM. Avoid these risks, use ATM in banks, and only call licensed taxi services.

Women traveling alone may not feel entirely safe in this city. Keep an eye on your surroundings, do not walk around the city late at night, use taxi services instead of public transport to get to your hotel.

How Safe Is Bogota for Tourists?

Bogota is considered one of the unsafe travel destinations.

The main problems are related to drug trafficking, vandalism, robberies, and car thefts.

Pickpockets are unfortunately widespread in the city.

Always be very careful with your belongings on public transport.

Always keep your bags close to you and make sure that they are always in your line of sight.

Do not carry extra money with you and always have copies of important documents such as passports or IDs if you lose them.

Leave your valuables in the hotel safe.

Pickpockets are also present in the crowded streets of La Candelaria.

When in cafes or restaurants, for any reason, do not leave anything unattended on a table or chair.

Taxis are a big problem in Bogota.

Never catch a taxi on the street.

Many taxis in the city are not owned by official companies, which means they are not regulated.

It is not safe to ride in unlicensed taxis.

Withdraw money only at ATMs at banks – there are frequent cases of credit card skimming via ATM.

Do not withdraw money from random ATMs on the street and especially empty ones.

It’s not safe in the city at night.

The nightlife is in full swing here, and there are many drunk people or people under the influence of drugs on the streets.

Do I Need a Visa to Visit Bogota?

Visitors to Colombia must obtain a visa from one of the Colombian diplomatic missions unless they come from visa-exempt countries. A valid passport is a must.

Which Currency Is Used in Bogota?

The Colombian peso is the currency of Colombia. The official peso symbol is $, with COL$ also being used to distinguish it from other pesos- and dollar-denominated currencies.

Bogotá has a moderate sea climate with dry, warm summers and mild winters. The average temperature is 14.5 degrees Celsius. The rainy season is from May to November.

What Do I Need to Know about Airports in Bogota?

What Are Some Things to Do in Bogota?

Is the Water in Bogota Safe to Drink?

The tap water in Bogota is perfectly safe to drink.

Is Uber Safe in Bogota?

There is no Uber taxi in Bogotá. You can use any other local taxi services.