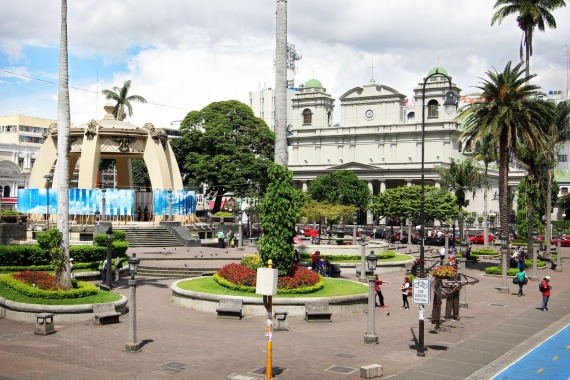 Costa Rica - safety as a country

San José is the capital and largest city of Costa Rica and the province’s capital of the same name. It is in the center of the country, in the mid-west of the Central Valley, within San José Canton.

The crime rate in San Jose is quite high, and tourists should be cautious when traveling here. Keep your valuables in the hotel safe, and do not walk the city streets late at night.

Public transport is unsafe, and robberies can occur here. Use a taxi, especially in the dark. Use only licensed taxis.

Pickpockets can be found on public transport and in crowded places, and even in your hotel. Also, be mindful of your belongings and surroundings in popular tourist destinations. Don't leave things unattended.

The most common types of fraud are unlicensed taxis with inflated prices and deceiving tourists when shopping for souvenirs: prices can be 2-3 times higher in both cases. Use only licensed services and avoid shopping on the street.

Women are not advised to travel to San Jose alone; it may not be safe. Take care of the company and avoid late-night walks in the city.

How Safe Is San Jose for Tourists?

San Jose is not a safe city to travel to.

The city also has problems with drug trafficking and corruption.

Most of the locals are friendly and honest.

Your car can be stolen.

In hotels, you can easily be robbed by staff, so never leave money and jewelry insight.

Try to avoid areas remote from the city center and poorly lit streets.

Generally speaking, if you stick to tourist spots in the city, you will be safe; try not to show valuable items and a lot of cash.

If you return to the hotel late at night, use a licensed taxi, it is much safer than walking or taking a bus.

As with any big city, use common sense and keep your belongings in front of you or next to you, not behind your back.

San Jose is known for its abundance and prowess for burglars.

Do I Need a Visa to Visit San Jose?

Visitors to Costa Rica require a visa unless they are citizens of one of the eligible countries who are visa-exempt for up to 90 days. A valid passport is a must.

Which Currency Is Used in San Jose?

The colón (plural: cólones; sign: ₡) is the currency of Costa Rica. The colón is divided into 100 centimos.

In San José, the wet season is humid and overcast; the dry season is partly cloudy and warm year-round. The best time to visit is from December to April.

What Do I Need to Know about Airports in San Jose?

What Are Some Things to Do in San Jose?

San José is the capital of Costa Rica and one of the fastest-growing destination cities in the world. Built on the coffee trade profits, the city abounds with culture and boasts a score of museums, parks, theaters, and restaurants.

Is the Water in San Jose Safe to Drink?

Tap water is safe to drink in most districts in the country. Although San Jose’s tap water is safe, I don’t recommend it for the high chlorine content.

Is Uber Safe in San Jose?

There is an Uber taxi in San Jose. You can call a taxi from the app on your phone. The cost of the trip will depend on the distance and time of day.