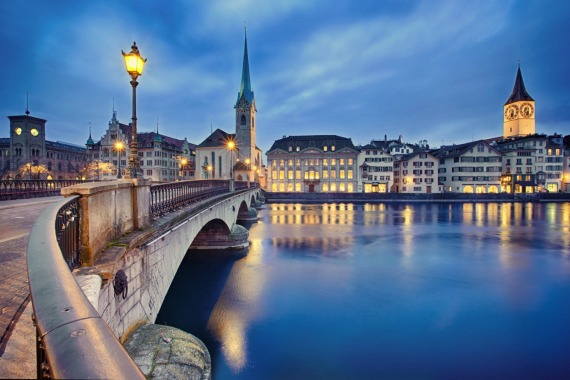 Switzerland - safety as a country

Zürich is the largest city in Switzerland and the capital of the canton of Zürich. It is located in north-central Switzerland, at the northwestern tip of Lake Zürich.  Zürich is a hub for railways, roads, and air traffic. Both Zurich Airport and its main railway station are the largest and busiest in the country.

Zurich is a safe city to travel to. Usually, tourists do not have any problems here day or night. Use common sense and watch your pockets in crowded places.

Public transport is well developed, convenient and safe. Taxi services are also well developed - however, the fare can be very high.

Pickpocketing is not as common as in other European cities, but it can occur in train stations and crowded areas. Always keep an eye on your surroundings.

In winter, avalanches and heavy snowfalls can occur in this region. Check the weather conditions before your trip here.

The risk of serious robbery and armed attack in Zurich is shallow. Avoid communicating with suspicious individuals and do not walk late at night in areas remote from the city center.

Fraud is not common in Zurich, the most common thing that can happen to tourists here is that you will be given the wrong change. Therefore, double-check everything at once and on the spot.

Women traveling alone can feel completely safe in this city. You can move around the city even late at night without feeling discomfort.

How Safe Is Zurich for Tourists?

Zurich is a very safe city.

For all its safety, pickpocketing occurs in Zurich, as in any major European city that attracts tourists.

It is better to carry personal belongings in your inner pocket and always keep track of your belongings.

It is especially dangerous in the area of ​​railway stations and central squares.

Zurich has a very developed public transport system when crossing the road, watch for a tram nearby, as it can go very quietly.

It is comfortable to ride a bike here, but be aware of the traffic and watch out for cars, especially when cornering.

Usually, tourists do not encounter problems in this city; however, common sense should be used elsewhere.

Zurich is a well-known world financial center; you should be prepared because the prices for everything here will be quite high.

It is better not to carry a lot of cash with you – credit and debit cards are accepted anywhere in this city.

Withdraw money only at ATMs at banks – although the theft of data from cards is rare, it can occur in Zurich.

Otherwise, travel in Zurich is usually safe at any time of the day or night.

Do I Need a Visa to Visit Zurich?

Which Currency Is Used in Zurich?

In Zürich, the summers are comfortable and wet, the winters are very cold, and it is partly cloudy year-round. The best time to visit Zurich is between June and August.

What Do I Need to Know about Airports in Zurich?

Zurich Airport is the largest international airport in Switzerland and the principal hub of Swiss International Air Lines. It serves Zürich, Switzerland’s largest city, and, with its surface transport links, much of the rest of the country.

What Are Some Things to Do in Zurich?

The city of Zurich, a global center for banking and finance, lies at the north end of Lake Zurich in northern Switzerland. The picturesque lanes of the central Altstadt (Old Town), on either side of the Limmat River, reflect its pre-medieval history. Waterfront promenades like the Limmatquai follow the river toward the 17th-century Rathaus (town hall).

Is the Water in Zurich Safe to Drink?

The tap water in Zurich, Switzerland, is pure, rich in minerals, and safe to drink.

Is Uber Safe in Zurich?