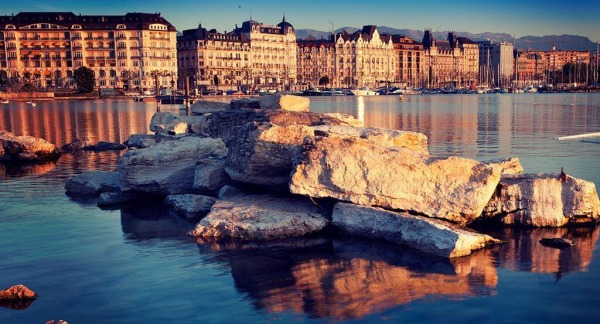 Switzerland - safety as a country

Geneva is a city in Switzerland located at the southwestern tip of the huge Lake Leman (Lake Geneva). The city, surrounded by the Alps and Jura mountain ranges, offers stunning views of Mont Blanc. Geneva is the world’s diplomatic and banking center. Here are the headquarters of the UN and the Red Cross.

Geneva is considered one of the safest cities in the region. The crime rate is low here. You should beware of the outskirts of the city and watch your belongings, especially during the holidays.

Geneva is sometimes overwhelmed by floods. However, this is not particularly problematic as these risks are rare.

The risk of severe robbery and armed attacks is shallow in Geneva. There is little danger of these attacks in the suburbs. However, the likelihood that you will be attacked is minimal.

The risk of terrorism is low in Geneva. Of course, the risk of attacks still exists due to the international position of the city. The global risk of terrorist attacks in public areas exists worldwide, so tourists should be vigilant.

The most common scam in Geneva involves fundraising or signing petitions. Under the guise of good intentions, scammers are deceiving tourists and collecting donations in their pockets.

Women traveling alone can feel relatively safe in Geneva. The main thing is to adhere to the usual precautions and monitor your surroundings.

How Safe Is Geneva for Tourists?

Geneva is a very safe city to travel to.

However, petty theft is quite common.

Report any such activity to the police; you will probably find them much more interested and helpful than the police in many other western cities, especially if you speak a little French.

Avoid the area around the main station after dark, as gangs of vagabonds often gather there and can offend passers-by (or worse).

Try not to walk alone along the waterfront near Jonction late at night, especially on weekends.
Unfortunately, there is a lot of vandalism in the city.

On every street you can see bicycles with stolen seats, wheels, everything is not locked.

Many bicycles are vandalized and destroyed.

Although serious problems usually do not happen here, tourists are advised to keep an eye on their belongings and pockets, as well as their surroundings.

Do I Need a Visa to Visit Geneva?

Which Currency Is Used in Geneva?

The official currency is the Swiss franc divided into 100 centimes. (The Swiss-German word for cents is Rappen.)

The climate of Geneva is moderately continental, with cold winters and warm summers. The best time to visit Geneva is during the summer months when the weather is mild and breezy.

What Do I Need to Know about Airports in Geneva?

Geneva International Airport is a Swiss commercial airport located four kilometers northwest of the center of Geneva, near the village of Cointrin. The airport is connected to Geneva by a network of direct bus and taxi routes, as well as by the Federal Railways SBB-CFF-FFS.

What Are Some Things to Do in Geneva?

Here are the headquarters of the UN and the Red Cross. The influence of France is very noticeable in the city: they speak the language of this country, prepare French cuisine and even have bohemian French-style areas, for example, Carouge.

Is the Water in Geneva Safe to Drink?

Is Uber Safe in Geneva?