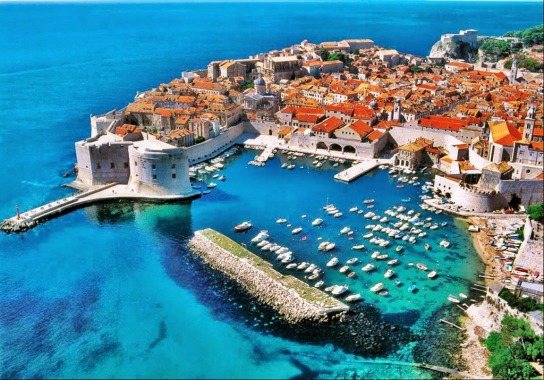 Croatia - safety as a country

Dubrovnik is a city on the Adriatic Sea in southern Croatia. It is one of the most prominent tourist destinations in the Mediterranean Sea, a seaport, and the center of Dubrovnik-Neretva County.

Dubrovnik is considered one of the safest cities in the region. The crime rate is low here. You should beware of the outskirts of the city and watch your belongings, especially during the holidays.

Like any major city in Dubrovnik, pickpockets do happen. Especially on public transport during rush hour. Keep track of your belongings, and do not leave bags and wallets unattended on the tables in the cafe.

Dubrovnik is located in a seismically dangerous zone, but real earthquakes are rare here.

The risk of serious robbery and armed attacks is very low in Dubrovnik. There is little danger of these attacks in the suburbs. However, the likelihood that you will be attacked is very small.

Women traveling alone can feel quite safe in Dubrovnik. The main thing is to adhere to the usual precautions and monitor your surroundings.

How Safe Is Dubrovnik for Tourists?

Dubrovnik is one of the safest places in Croatia.

The crime rate is meager, and it is practically safe to be in this city at any time of the day.

The city attracts many tourists from different countries, so the risk of pickpocketing cannot be ruled out.

Especially the number of thefts increases with the coming of summer.

Keep track of your belongings, bags, and wallets.

Never leave your phone and backpack unattended, especially if you are on the beach.

Don’t shine with a lot of cash and expensive items.

Use an anti-theft backpack when walking around the city.

Remember that it is possible to steal from an ATM and skim your credit card information.

Therefore, always withdraw money only from banks with cameras.

It is better to keep documents and important things in the hotel safe.

Dubrovnik is considered a safe city for everyone, so it is completely safe to walk the streets of all parts of the city day and night.

Dubrovnik is pretty covered by police patrols, so a police officer will be easy to find if necessary.

Do I Need a Visa to Visit Dubrovnik?

Croatia’s tourist visa policy states that citizens of the EU are granted freedom of movement for tourism purposes. In contrast, other visa-free citizens are granted a short visa-free tourist stay, usually up to 90 days, depending on their nationality.

Which Currency Is Used in Dubrovnik?

The kuna is the currency of Croatia, in use since 1994. It is subdivided into 100 lipas.

In Dubrovnik, the climate is warm and temperate. The best time to visit Dubrovnik is in September and October.

What Do I Need to Know about Airports in Dubrovnik?

Dubrovnik Airport is an international airport in Croatia, located about 15 km from the center of Dubrovnik near the village of Cilipi, which is why it is sometimes called “Cilipi Airport.” It is the third busiest airport in terms of passenger traffic after the airports of Zagreb and Split.

What Are Some Things to Do in Dubrovnik?

Dubrovnik is a city in the south of Croatia on the Adriatic coast. It is famous for its magnificent old town, surrounded by massive 16th century stone walls. Guests of the city will find beautifully preserved historical buildings, such as the Baroque Church of St. Blasius, the Renaissance Sponza Palace, and the Rector’s Gothic Palace, which now houses the Historical Museum. The limestone pedestrian Stradun Street is full of shops and restaurants.

Is the Water in Dubrovnik Safe to Drink?

Tap water in Dubrovnik is completely safe and can be drunk without any problem.

Is Uber Safe in Dubrovnik?