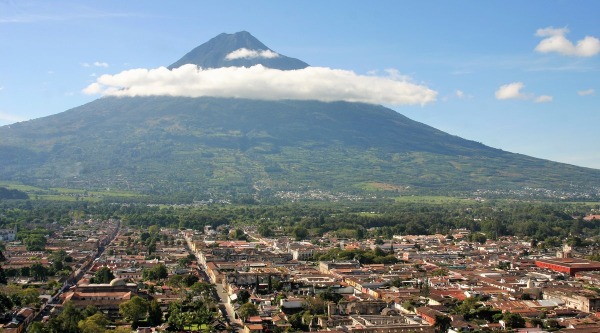 Guatemala is not the safest country to visit. In some parts of the country, crime rates are very high. Small thefts and armed robberies are common. You must be vigilant and take all possible precautions to minimize the risk that something is wrong.

Do not use public buses, especially at night, as they are often robbed in Guatemala. Instead, taxis sent over the radio are a safer way to get around the city. Use only licensed taxi services.

Pickpocketing and petty theft are the most common type of crime in Guatemala. Therefore, here you need to be alert all the time, not to leave things unattended. Watch your surroundings and avoid crowded places.

Guatemala is at high risk of hurricanes, earthquakes, floods, landslides, tsunamis, droughts, and volcanic eruptions. Examine the weather conditions in the country before your visit here.

Violent and armed robberies and attacks are common in Guatemala. Do not appear on the streets after sunset, and do not shine with a lot of cash and expensive devices. Travel in groups and in case of the attack immediately contact the police.

There have been no terrorist attacks in the recent history of Guatemala. However, you should always be on the alert and keep an eye on the events in the country. Avoid political and religious demonstrations. Examine the situation in the country before your visit here.

In Guatemala, there is a risk of overpriced fraud for tourists, especially taxi rides. Also, avoid shopping on the streets as you will be offered a fake. Withdraw money only at trusted ATMs at banks to prevent scamming your credit card.

Women are not recommended to travel to Guatemala alone. It may not be safe here, and there have been reports of violence towards single women travelers—travel in company, preferably men.

How Safe Is Guatemala for Tourists?

Guatemala is not the safest place.

The crime index ranges from low to high.

Do not go to areas known to be hotbeds of drug trafficking activity (i.e., some parts of the Peten) and do not go to the most dangerous neighborhoods in Guatemala City (zones 3, 6, 18, and 21).

Women should be especially careful around men, even if the men present themselves as local hotel employees.

Over the last year, several tourists have been the victims of brutal sexual assaults in the beach community of Monterrico and the town of Panajachel.

Follow local laws and avoid hassles with the police, although some local authorities will not mind getting a bribe from you.

Some Guatemalans are extremely wary of this and will think that you are involved in the kidnappers and plan to take the child for ransom.

Abduction is a common occurrence in Guatemala.

The country also has many problems with the abduction and sale of children for adoption on the black market.

Taking photographs of adults at a distance with several children is usually good.

In large cities, people are somewhat more open to photographing but still avoid it.

Do I Need a Visa to Visit Guatemala?

Which Currency Is Used in Guatemala?

The quetzal is the currency of Guatemala, named after the national bird of Guatemala, the resplendent quetzal. It is divided into 100 centavos, or lenes in Guatemalan slang.

The best times to visit Guatemala for ideal weather are November to April. The average temperatures in Guatemala vary very little and the weather feels hot for about half of the year and otherwise nice with a low chance of precipitation most of the year.

What Do I Need to Know about Airports in Guatemala?

Guatemala has several airports. La Aurora International Airport is the largest and serves the city of Guatemala, Guatemala. It is located 6.4 km south of Guatemala city center and 25 km from Antigua Guatemala.

What Are Some Things to Do in Guatemala?

Guatemala is a country in Central America south of Mexico that is famous for its volcanoes, rainforests and ancient Mayan cities. In the capital of the same name is the majestic National Palace of Culture and the National Museum of Archeology and Ethnology. In the city of Antigua Guatemala, west of the capital, Spanish buildings of the colonial period have been preserved. Lake Atitlan, formed in a huge volcanic crater, is surrounded by coffee plantations and villages.

Is the Water in Guatemala Safe to Drink?

Water quality in Guatemala has become an increasingly important issue because the country is facing one of its worst droughts in decades. The drought has reduced access to clean water, and poor water quality has resulted in the spread of waterborne illnesses throughout the country. It is not safe to drink the tap water in Guatemala.

Is Uber Safe in Guatemala?

Taxi Uber is available in Guatemala. You can call it through the application on your smartphone. The cost will depend on the length of the path and time of day and will be charged automatically from your card.