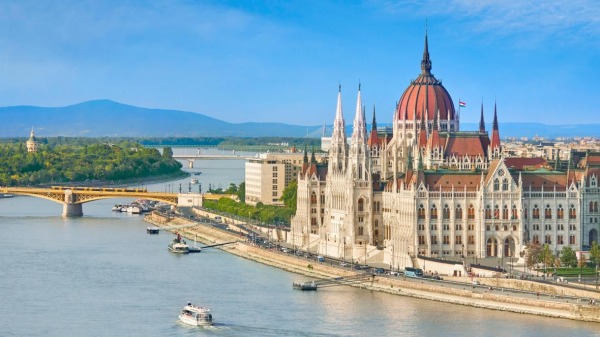 Hungary - safety as a country

Budapest is the capital and the most populous city of Hungary and the ninth-largest city in the European Union by population within city limits. Budapest’s central area along the Danube River is classified as a UNESCO World Heritage Site and has several notable monuments, including the Hungarian Parliament and the Buda Castle.

Budapest is generally safe for travelers. However, it would help if you did not lose your vigilance, and you always need to watch your belongings and jewelry. Take safety precautions while walking around the city at night.

Public transport in Budapest is well developed, runs on time, and is reliable. Taxis are also safe to get around but only use licensed taxi services.

Pickpockets are sometimes found in this city. Do not leave personal belongings unattended, and be especially careful in crowded places. Pickpockets are also common in tourist destinations.

Budapest is not prone to more serious natural disasters due to its location. Only severe flooding or snowstorms can sometimes occur.

The risk of serious robbery and armed attack in Budapest is shallow. Avoid communicating with suspicious individuals and not walking late at night in remote areas from the city center.

The risk of terrorism is low in Budapest. Of course, the risk of attacks still exists due to the international position of the city. The global risk of terrorist attacks in public areas exists worldwide, so tourists should be vigilant.

There is a possible risk of fraud associated with inflated prices or the sale of counterfeit goods in the city. Especially if you shop on the street, buy goods and services only from verified licensed locations.

Women traveling alone can feel quite safe in Budapest. The main thing is to adhere to the usual precautions and monitor your surroundings.

How Safe Is Budapest for Tourists?

Budapest is a relatively safe city.

The main problems are related to car thefts and vandalism.

There is a high risk of corruption.

Budapest is generally safe for tourists.

The main concern of visitors is pickpocketing and petty theft.

Serious violent crime rates are low and do not affect tourists.

Most of the attractions of interest to tourists are safe to walk day and night.

You need to follow the usual precautions when walking.

Some areas outside the center may be more hazardous to walk alone or at night.

Visitors should keep an eye on their belongings, especially in busy places frequented by tourists (e.g., Vaci Utca, monuments and landmarks, public transport, lines, and crowds).

Carry things in an anti-theft backpack.

This will help to avoid petty theft of important items.

Avoid carrying a passport or extra money whenever possible.

These are usually scammers.

Beware of people trying to exchange your money; they might try to give you counterfeit money.

Buy things and services only in licensed places to avoid cheating.

Do I Need a Visa to Visit Budapest?

Which Currency Is Used in Budapest?

The official currency is the Hungarian Forint (HUF) in Hungary. It was formerly divided into 100 fillér, but fillér coins are no longer in circulation. However, you can pay in Euros at several places.

The climate of Budapest is continental, with cold winters and warm summers. The best times to visit Budapest are from March to May and September through November.

What Do I Need to Know about Airports in Budapest?

Budapest Franz Liszt International Airport is well known under the nickname Ferihegy and is 16 km away from the city center.

What Are Some Things to Do in Budapest?

Is the Water in Budapest Safe to Drink?

In Budapest, tap water is healthy and safe to consume.

Is Uber Safe in Budapest?

There is no Uber taxi in Budapest. You can use any other local taxi services.