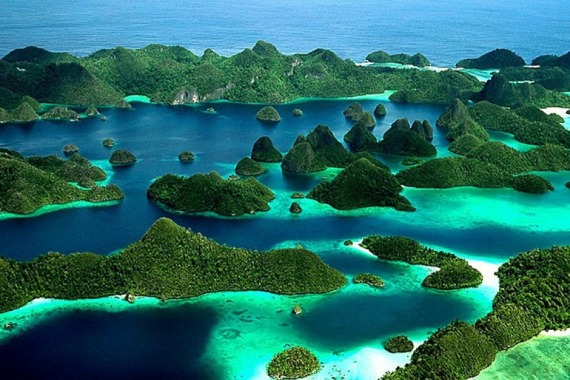 Indonesia, as a whole, is a safe country to travel, but tourists should be on the alert here. Petty theft, theft, and fraud are common. You also need to be aware of natural disasters at the time of your trip; in Indonesia, they occur quite often.

Public transport is only reliable in large cities, and you should keep an eye on your pockets on the buses. Taxi is safe, but do not catch it from the street, use licensed taxi services by calling from your application on the phone. Also, be careful on the roads - sidewalks are usually not here, and traffic can be hazardous and chaotic.

There are a lot of pickpockets. Tourists in Indonesia need to monitor their belongings continually, do not leave bags and backpacks unattended, and watch your pockets. Hold your belongings tightly when standing at the side of roads and intersections - thieves on mopeds often tear down pedestrian bags right on the go.

Indonesia is located within the Pacific Ring of Fire - an area with high tectonic activity. Therefore, the country is at risk of earthquakes, volcanic eruptions, and flood tsunamis. Before you travel to this country, be sure to study the situation and weather conditions.

Attacks and robberies are rare in Indonesia. Such crimes more often occur in large cities, far from the center, in poorly lit and underpopulated streets. Avoid being in the streets after sunset and don't walk alone in the desert. Also, do not carry a lot of jewelry and cash.

Terrorists are very likely to try to carry out attacks in Indonesia. Types of attacks have included suicide bombings and small-arms fire, targeting public and crowded places. Avoid political and other demonstrations, do not stay near religious sites.

Fraud is widespread in Indonesia and is primarily directed against tourists. Discuss for taxi fare in advance or ask for a taximeter to be included - taxi drivers often fool tourists with the fare. Only withdraw money from ATMs at banks to avoid data scamming from the card. Book tours and excursions only in verified and licensed places, so as not to get to scammers.

Women traveling to Indonesia alone can feel safe if certain precautions are taken. You should not be in the cities after sunset, walk alone in poorly lit streets, and sit out in bars. Wear modest clothes, and then you can avoid unwanted attention from local men.

How Safe Is Indonesia for Tourists?

Indonesia is a safe country to travel in.

The main problems are related to petty thefts, assaults, pickpocketing.

Also, the country has a high level of corruption and bribery.

The crime rate has increased in recent years, but fortunately, it remains mostly non-violent, and guns are rare.

Robbery, theft, and pickpocketing are common in Indonesia, particularly in markets, public transport, and pedestrian overpasses.

Criminals are often found on local and intercity public transport (bus, train, ships). Carefully choose your taxis in cities (hotel taxis are often the best), lock the doors of your home, and settle in protected areas.  Do not leave valuables in an empty hotel room and use the hotel safe in place of the in-room safe.

Withdraw money only at ATMs at banks – some ATMs may set up equipment to withdraw your credit card details for robbery. Be careful.

Around some popular tourist attractions, you may face a variety of tourist targeted scams in Indonesia. They offer to bring you around, seemingly for free. What happens is usually a low-quality tour with an inflated tip demanded at the end.

Do I Need a Visa to Visit Indonesia?

Visitors to Indonesia must obtain a visa from one of the Indonesian diplomatic missions unless they come from one of the visa-exempt countries. All visitors must hold a passport valid for 6 months as well as a valid return ticket.

Which Currency Is Used in Indonesia?

The rupiah (Rp) is the official currency of Indonesia. The rupiah is divided into 100 sen, although inflation has rendered all coins and banknotes denominated in sen obsolete.

The best times to visit Indonesia for ideal weather are mid-July to October. Average temperatures in Indonesia vary barely at all, and the weather feels hot all year with a chance of rain throughout most of the year.

What Do I Need to Know about Airports in Indonesia?

There are many airports in Indonesia since the country is located on several thousand islands. Jakarta International Airport (Soekarno-Hatta) is the main airport serving the greater Jakarta area on the island of Java, Indonesia. It located 32 km from the capital city of Indonesia.

What Are Some Things to Do in Indonesia?

Indonesia is a state in Southeast Asia, which occupies the territory of several thousand volcanic islands. They are home to hundreds of peoples who speak different languages. The country is known for its beaches, volcanoes, as well as Komodo lizards, elephants, orangutans and tigers living in the jungle. The capital of Indonesia – a large, colorful city of Jakarta – is located on the island of Java. Here is the city of Yogyakarta, famous for its puppet shows and a traditional orchestra called gamelan.

Is the Water in Indonesia Safe to Drink?

Water supply and sanitation in Indonesia is characterized by deficient levels of access and service quality. Tap water in Indonesia is not suitable for direct drinking, including hotels tap. You can use water for washing and showers.

Is Uber Safe in Indonesia?

Uber service is available in Indonesia. The fare will depend on the time of day and distance. The cost is deducted immediately from the credit card. Note that Uber taxi isn’t available in airports.