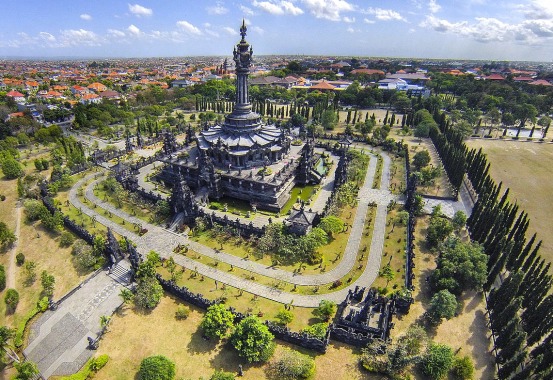 Indonesia - safety as a country

Denpasar is the capital of Bali and the main gateway to the island. The city is also a hub for other cities in the Lesser Sunda Islands.

Denpasar is generally a safe city for travel. However, tourists should be careful in the city center, at intersections, and night. Use common sense and watch your belongings.

Use only licensed taxi services. Make sure the driver turns on the taximeter or negotiate a fare in advance. If you are traveling by car or moped, be very careful as the island's movement is very chaotic.

Beware of the bag snatchers at the intersections. They usually grab bags from pedestrians as they drive past them on a moped. Keep track of your belongings, and do not leave your bags and wallets unattended, especially in a cafe.

Bali is at risk of volcanic eruptions, earthquakes, and tsunamis. All this also applies to Denpasar. These misfortunes happen on the island from time to time. Study the weather conditions before your visit here.

The risk of serious robbery and armed attack on Denpasar is shallow. Avoid communicating with suspicious individuals and not walking late at night in remote areas from the city center.

There is a risk of terrorist attacks in Denpasar because they happened in the past. Do not take part in rallies, avoid large crowds, and not sit in bars for long periods.

Withdraw money only from verified ATMs at banks with cameras. This will help avoid scamming your data from the card. Otherwise, there is almost no fraud in the city.

Women traveling alone can feel safe in Denpasar. The main thing is to take precautions and not walk alone late at night, especially at bars.

How Safe Is Denpasar for Tourists?

Denpasar is a safe enough city for travelers, and tourists do not face serious problems here.

The crime index is at a low level.

It would help if you were especially careful in areas with nightlife and entertainment.

If you are traveling in your car, hire a local driver – the traffic on the island is hazardous and chaotic.

Do not mess with drugs – they are illegal here.

Alun-Alun Puputan is the main square of the capital, mostly safe, but it is also crowded, which means that thefts can occur here.

Usually, Balinese people are amiable, and you can count on their help.

Nevertheless, it is always best to keep an eye on your belongings.

Leave your valuables and valuables in the hotel safe.

Avoid lonely walks on the beach late at night and do not shine a lot of money – this can attract scammers.

Traveling in Denpasar will be enjoyable and safe if you take the necessary precautions.

Do I Need a Visa to Visit Denpasar?

Most visitors to Indonesia may enter without a visa. However, some countries must first obtain a visa from one of the Indonesian diplomatic missions before entering Indonesia. A valid passport is a must.

Which Currency Is Used in Denpasar?

The rupiah (Rp) is the official currency of Indonesia.  Sometimes, Indonesians also informally use the word “perak” (“silver” in Indonesian) in referring to rupiah in coins. The rupiah is divided into 100 sen, although high inflation has rendered all coins and banknotes denominated in sen obsolete.

In Denpasar, the wet season is overcast; the dry season is partly cloudy, hot, and oppressive year-round. Year-round temperatures averaging 31 degrees Celsius. High humidity can be expected during the Wet Season between October – April.

What Do I Need to Know about Airports in Denpasar?

What Are Some Things to Do in Denpasar?

Denpasar is the capital city and main hub of Bali’s Indonesian province, in the southern part of the island. Laid-back Sanur Beach on the east coast offers sunrise views. The nearby Pura Blanjong Temple contains a stone pillar with a 10th-century inscription. The Bali Museum displays a large collection of Balinese cultural artifacts, including traditional costumes and religious items.

Is the Water in Denpasar Safe to Drink?

Tap water is not drinkable in Denpasar. You should buy bottled water or boil tap water.

Is Uber Safe in Denpasar?

There is no Uber taxi in Denpasar. You can use any other local taxi services.