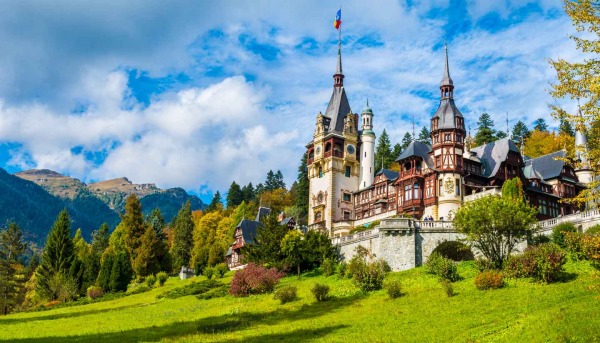 Romania is quite safe. If you keep common sense and keep track of your belongings and surroundings, you will not have any particular problems while traveling here. Be wary of wildlife in the countryside and don't walk late at night through the city streets.

Public transport in Romania is quite safe and runs on schedule. However, sometimes pickpockets can be found on buses. Be on the alert. Taxis are reliable if you use a licensed service.

Pickpockets are a problem in Romania. As in any tourist-attractive country, pickpockets prey on visitors. Travelers should be especially attentive at bazaars, train stations, airports, tourist sites, and excursions. Do not leave personal items unattended.

Romania’s territory is exposed to numerous natural risks as a result of its geographical position and landscape, such as earthquakes, floods, landslides, and forest fires.

The risk of severe robberies and armed attacks in Romania is minimal. As usual, distant and dysfunctional areas should be avoided. Stay alert, do not drink late at night, do not stay in bars until late.

Although there is no recent history of terrorism in Romania, the possibility of attacks cannot be ruled out. Examine the political situation in the country before you travel here and also make sure that you are not participating in political or other demonstrations.

Typically, fraud in Romania is associated with attempts to deceive tourists with the price of a taxi or with overpriced prices for souvenirs. Be careful, check everything twice, and buy goods and services in licensed places.

Women traveling alone will not experience any problems in Romania. Use common sense and be careful at night, avoid deserted and poorly lit streets, and be alone with strange people in abandoned areas. Otherwise, it is safe for any traveler.

How Safe Is Romania for Tourists?

Romania is considered a safe enough country to travel.

The main problems that tourists may encounter are corruption and petty theft.

Therefore, the most important thing when traveling in Romania is to remain attentive and keep an eye on your thoughts and surroundings.

Avoid dimly lit city blocks, and you shouldn’t have any problems.

Prostitution is illegal, as is extortion, even though street pedestrians can meet on the outskirts of the city or in the vicinity of Bucharest and other major cities.

Please keep this in mind and do not accept any offers from them or other intermediaries, such as pimps or taxi drivers who “know the place.”

Pickpocketing and fraud in Romania are not uncommon.

As in any tourist place, pickpockets operate in crowded places, at train stations, at airports, and in public transport.

Do not carry a lot of cash with you, and it is better to leave valuables and documents in the hotel safe.

Romania has a massive population of wild animals, including one of the largest wild bear populations in the world.

Bears often visit city blocks located next to mountain forests in search of food (for example, in Brasov).

Thus, finding a bear or a wolf is relatively easy.

Although this is usually not dangerous, such animals can become aggressive if not taken care of.

Do I Need a Visa to Visit Romania?

Romania enters the Schengen zone, and many countries do not need a visa to enter Romania for a period of fewer than 90 days. The rest of the stay is regulated as for all Schengen countries. Make sure your passport is valid for at least six months after the planned return date.

Which Currency Is Used in Romania?

The Romanian leu is the currency of Romania. It is subdivided into 100 bani, a word that also means “money” in Romanian.

What Do I Need to Know about Airports in Romania?

Romania has a large number of airports. The main and busiest is located in the capital of the country, Bucharest. Bucharest Henri Coandă International Airport located in Otopeni, 16.5 km north of Bucharest’s city center. It is currently one of two airports serving the capital of Romania.

What Are Some Things to Do in Romania?

Romania is a country in southeastern Europe, in the territory of which is located the famous historical region of Transylvania, surrounded by the Carpathian Mountains. Here are located the medieval city of Sighisoara and many fortified churches and castles, including the Bran Castle, erected on a clifftop, in which the legendary Prince Dracula spent the night. The capital of Bucharest has gained worldwide fame thanks to the enormous size of the Palace of Parliament, built during the period of communist rule.

Is the Water in Romania Safe to Drink?

Is Uber Safe in Romania?

There is an Uber taxi service in Romania. You can call it from the application on your smartphone. The price of the trip will depend on the distance and time of day.