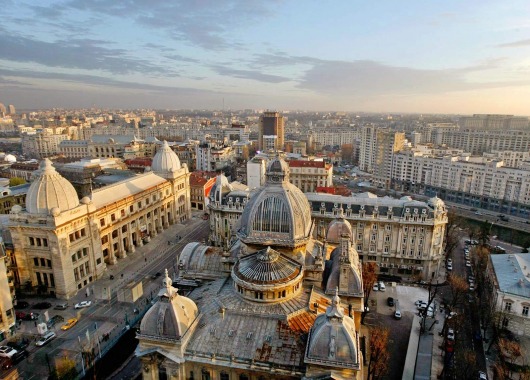 Romania - safety as a country

Bucharest is the capital and largest city of Romania and its cultural, industrial, and financial center. Bucharest was first mentioned in documents in 1459. It became the capital of Romania in 1862 and is the center of Romanian media, culture, and art. Its architecture is a mix of historical (Neoclassical and Art Nouveau), interbellum (Bauhaus and Art Deco), communist-era, and modern.

Bucharest is a fairly safe city to travel to, often with enough common sense to avoid getting into trouble. Keep an eye on your surroundings, and don't buy anything from street vendors.

Pickpocketing occurs at every turn in this city, so wear an anti-theft backpack, look after your belongings, and don't leave your phones and wallets unattended. In crowded places, keep an eye on your surroundings.

Bucharest is located in a zone of seismic activity, and earthquakes are possible here from time to time. However, they are usually not strong and rarely occur. Keep an eye on the weather for the region.

The risk of serious robbery and armed attack in Bucharest is shallow. Avoid communicating with suspicious individuals and not walking late at night in remote areas from the city center.

Women traveling alone can feel quite safe in Bucharest. The main thing is to adhere to the usual precautions and monitor your surroundings.

How Safe Is Bucharest for Tourists?

Bucharest is one of the safest cities in Europe.

The main problems are petty theft and corruption.

On the streets of the city, you can meet prostitutes, especially at night.

However, it is worth remembering that prostitution is illegal, as is extortion.

Remember this and do not accept any offers, especially from intermediaries who “know the place” (pimps, taxi drivers, etc.),

Be very wary of unwanted offers of help from passers-by, even if they have good English.

In particular, if a stranger offers to accompany you to the hostel or hotel in a taxi to show you the way, refuse immediately.

Nightclubs and bars where drunkenness occurs regularly may not be safe.

Keep an eye on your drink, and don’t let them treat you for free.

This could be a trap.

Sometimes you can meet stray dogs on the streets of the city, be careful.

As with most other major cities, some parts of the city such as Pantelimon, Ferentari, Giulesti, and Gara de Nor are not safe to walk at night.

If you need to travel to these areas, it is safer to take a taxi.

Do I Need a Visa to Visit Bucharest?

As a Schengen state, in general, non-EEA citizens who qualify for a visa exemption can only stay for a maximum of 90 days in a 180 day period within the Schengen Area (including Slovakia) a whole.

Which Currency Is Used in Bucharest?

In Bucharest, the summers are warm and mostly clear, and the winters are very cold, dry, and partly cloudy. The months April, May, June, and September-October have nice weather with a good average temperature.

What Do I Need to Know about Airports in Bucharest?

Bucharest Henri Coandă International Airport is Romania’s busiest international airport, located in Otopeni, 16.5 km north of Bucharest’s city center. It is currently one of the three airports serving the capital of Romania.

What Are Some Things to Do in Bucharest?

Bucharest, in southern Romania, is the country’s capital and commercial center. Its iconic landmark is the massive, communist-era Palatul Parlamentului government building, which has 1,100 rooms. Nearby, the historic Lipscani district is home to an energetic nightlife scene as well as tiny Eastern Orthodox Stavropoleos Church and 15th-century Curtea Veche Palace, where Prince Vlad III (“The Impaler”) once ruled.

Is the Water in Bucharest Safe to Drink?

Tap water is not potable. It is better to use bottled water or boil tap water.

Is Uber Safe in Bucharest?