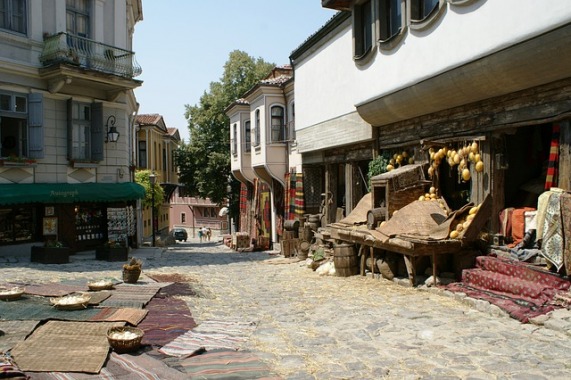 Bulgaria, or officially – the Republic of Bulgaria, is located in Southeast Europe.

It is bordered by Serbia, North Macedonia, Romania, Turkey, Greece, and the Black Sea.

Even though it is not the first choice of tourists, once you go there you will definitely want to come back again.

It is much more affordable than other European countries and the blend of various cultures is truly impressive.

Sofia, the capital of Bulgaria, is ancient and the second oldest in Europe.

Visit National Archeological Museum where you can see the various ancient collections.

Wine lovers will find Maryan Winery interesting since there are wines you can taste and find out more about the whole making process.

Violent crimes are very rare and Bulgaria ranks as a pretty safe country. Tourists may face theft and pickpocketing, but with taking precautions, you will probably have no issues while spending a vacation there. Avoid going to casinos and other potentially dangerous places.

Drivers are not very reliable and will often ignore the traffic signs and all the rules, so it is advised to avoid driving and be very careful when crossing the street. Be cautious when the taxi driver tells you that the meter doesn't work, it is an attempt to charge more.

Keep an eye on your belongings at all times, particularly when you take a bus since they tend to be crowded. Make sure you don't carry too much money with you and leave your valuables in the safety deposit box in the hotel.

Bulgaria is susceptible to earthquakes. In 2012, the earthquake caused around 11 million euros of material damage in Pernik and Sofia. There was an earthquake in Albania recently, that was felt in the entire region, including Bulgaria. Make sure to follow the security protocol in case of an earthquake.

Mugging can occur in some parts of Sofia. There are even some cases of kidnapping. Be very careful at night and don't go to the risky remote areas alone. Trust your gut feeling. Luckily, there are not many reported cases.

The risk of terrorist attacks is low in Bulgaria, but it exists. There are increased cation and stronger security measures for the last three years implemented by the government in all potentially dangerous places. Stay vigilant during your stay, so you can react accordingly.

Scams such as credit card skimming and overcharging are things you can face in Bulgaria. Also, don't join unprotected wi-fi networks since that way someone may steal your personal information with the goal of taking money from your bank account.

Bulgaria is pretty safe for women, but some caution is advised. Make sure not to interact with suspicious people and avoid going alone at night. Keep an eye on your food and drinks at all times, since there have been instances of adding drugs to it with the intention of assault.

How Safe Is Bulgaria for Tourists?

Bulgaria is a pretty safe country, but some caution is still advised.

Numerous tourists visit Bulgaria every year, so it is no wonder that there are always people who will try to take advantage of the situation.

Petty crimes, such as pickpocketing can occur in crowded areas.

Tourists must be careful when approached by the group, some will try to distract you, while others will go for your belongings.

It is highly recommended not to carry the original passport, but a copy of it in case someone steals your bag.

Also, in some parts of the country, prostitutes operate.

They approach the tourists to give an offer, but while doing it, they touch the potential customer and steal things.

Stay alert at all times.

In order to avoid being scammed, keep your wallet in the front pocket, because it is easier to steal from the back pocket.

Be aware of Gipsies as well.

Some tourists are afraid of the skinheads, but they don’t target tourists.

The chances are that you won’t have any issues while in Bulgaria, just take normal precautions as you normally would.

When you travel by bus, make sure your bag is zipped and in front of you.

Do I Need a Visa to Visit Bulgaria?

Tourists do not need a visa for a stay shorter than 90 days.

The only requirement is a valid passport for at least 3 months after the stay in Bulgaria.

Which Currency Is Used in Bulgaria?

The official currency in Bulgaria is Bulgarian lev.

Euros are rarely accepted, so it is better to have cash in local currency to avoid having issues.

The climate in Bulgaria is temperate-continental with all 4 seasons.

The average temperature during winter is around 5 °C, while the temperature may go up to 30 °C during summer.

What Do I Need to Know about Airports in Bulgaria?

The main airport is Sofia Airport.

It is located 10km away from Sofia’s center.

It serves almost 7 million passengers a year and it is usually the first choice of most tourists.

It will save you the headache in case something unpredicted happens.

The insurance should include coverage for theft, medical expenses and loss of luggage.

What Are Some Things to Do in Bulgaria?

When in Bulgaria, you must go and see the Devil’s bridge.

It is also known as the “Sheytan Kyupriya” which is the Turkish name for it.

Don’t miss out on visiting Melnik, a charming little town.

Is the Water in Bulgaria Safe to Drink?

Tap water is safe for drinking in Bulgaria.

The taste might not be what you are used to, so if you don’t like it, you can consume bottled water instead.

Is Uber Safe in Bulgaria?

There is no Uber in Bulgaria, but there are local taxies that you can use.

Make sure to choose from the registered ones, since they are more affordable.

Some even have apps.