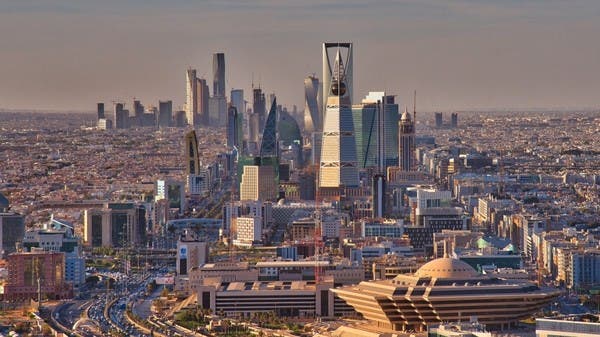 Saudi Arabia is generally safe to travel. However, due to its proximity to conflict zones in the country, a high level of probability of terrorism remains. In addition, strict Sharia law may not be understood by Western travelers. Before you travel here, you should study the culture and local laws of Saudi Arabia so as not to break the law.

Public transport is safe, but local drivers do not drive very well, often violating traffic rules. Choose a taxi for a comfortable ride. There are many licensed taxi services in the country.

Despite the low crime rate in the country, pickpockets are found in tourist places and crowded places. Be vigilant, and watch your pockets and bags.

Saudi Arabia is subject to a number of natural disasters, including coastal and river floods, earthquakes, volcanoes, and water scarcity. Also, heat and sandstorms can be attributed to the problems of this region.

Armed attacks and kidnappings in Saudi Arabia are virtually non-existent. And even less so for tourists. However, in the border areas such cases are possible, avoid these areas during your trip.

Unfortunately, the possibility of terrorism is likely in Saudi Arabia. The main threat comes from Daesh. Do not participate in political and religious gatherings and demonstrations to avoid this risk.

There is virtually no risk of fraud in Saudi Arabia. It is associated with the Muslim culture and customs in the country. However, there are exceptions to any rule, so stay vigilant and watch your surroundings.

Women traveling to Saudi Arabia are better off taking care of the company. Staying alone in this country may not be safe. Be sure to wear modest clothes and abaya. Do not stand out and not draw attention to yourself with your behavior.

How Safe Is Saudi Arabia for Tourists?

One of the biggest dangers a visitor to Saudi Arabia faces is poor driving.

If you travel in your car, be very careful on the road.

You should be aware that LGBT people are illegal in Saudi Arabia.

Most of the year in Saudi Arabia, it is boiling so as not to get heat and sunstroke, always have water and clothing that protects you from heat.

Also keep in mind that a mobile phone may not work in the desert, so if you take a mobile phone with you when traveling through the Arabian desert, it may not be useful, but it will bring it anyway, just in case.

Also, watch out for sandstorm warnings. Intense sandstorms can be very dangerous.

While Saudi Arabia has one of the lowest crime rates in the world, petty theft and theft of personal items are likely.

Always keep track of your personal belongings and surroundings. Saudi Arabia is a monarchy and is led by the al-Saudi dynasty, which is most respected.

The expression of any criticism of the ruling monarchy is condemned in Saudi society and can serve as the basis for imprisonment.

Also, because of the ongoing Israeli-Arab conflict, it would be unreasonable to say anything that could be called provocative, since this is a compassionate issue.

Do I Need a Visa to Visit Saudi Arabia?

Visitors to Saudi Arabia must obtain a visa unless they come from one of the visa-exempt countries. Some visitors are eligible to obtain a visa online or on arrival while others need to apply at one of the Saudi diplomatic missions in advance. All visitors must hold a passport valid for six months.

Which Currency Is Used in Saudi Arabia?

The Saudi riyal is the currency of Saudi Arabia. It is abbreviated as SAR (Saudi Arabian Riyal). It is subdivided into 100 halalas.

The best times to visit Saudi Arabia for ideal weather are November to April. Average temperatures in Saudi Arabia vary greatly and the weather feels hot for about half of the year and otherwise nice with a very low chance of precipitation throughout the year.

What Do I Need to Know about Airports in Saudi Arabia?

There are many airports in Saudi Arabia. The main and busiest is King Abdulaziz International Airport. It located in Jeddah. The airport is the busiest airport in Saudi Arabia and the third-largest airport in the kingdom. The airport’s Hajj Terminal was specially built for Muslim pilgrims going to Mecca annually on the Hajj. It is one of the largest in the world and can handle 80,000 passengers at the same time.

What Are Some Things to Do in Saudi Arabia?

Saudi Arabia is a desert-covered state that occupies most of the Arabian Peninsula and is washed by the waters of the Red Sea and the Persian Gulf. On the territory of the country, which is the birthplace of Islam, there are two main sacred mosques: Masjid al-Haram in Mecca, where Muslims make hajj (pilgrimage) annually, and Masjid al-Nabawi in Medina, the burial place of the Prophet Muhammad. The country has only recently opened its borders to tourists.

Is the Water in Saudi Arabia Safe to Drink?

Most water is received from the sea; however, the high salt content means is it not drinkable. Tap water isn’t drinkable here.

Is Uber Safe in Saudi Arabia?

There is an Uber taxi service in Saudi Arabia. You can call it from the application on your smartphone. The price of the trip will depend on the distance and time of day.