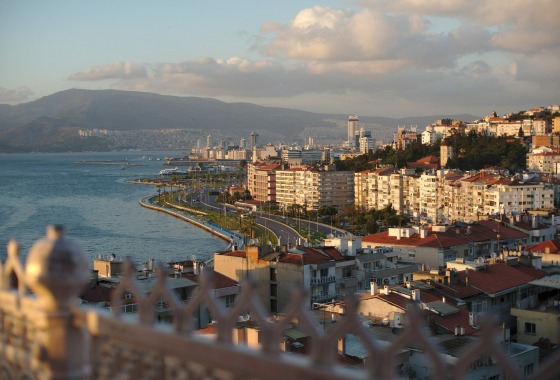 İzmir, often spelled Izmir in English, is a metropolitan city in the western extremity of Anatolia, capital of the province of the same name. It is the third most populous city in Turkey, after Istanbul and Ankara, and the second-largest urban agglomeration on the Aegean Sea after Athens.

Izmir is considered one of the safest cities in the region. The crime rate is low here. You should beware of the outskirts of the city and watch your belongings, especially during the holidays.

Like any significant city in Izmir, pickpockets do happen. Especially on public transport during rush hour. Keep track of your belongings, and do not leave bags and wallets unattended on the tables in the cafe.

The risk of severe robbery and armed attacks is shallow in Izmir. There is little danger of these attacks in the suburbs. However, the likelihood that you will be attacked is minimal.

Women traveling alone can feel relatively safe in Izmir. The main thing is to adhere to the usual precautions and monitor your surroundings.

How Safe Is Izmir for Tourists?

Izmir is a very safe city to travel to.

The underlying problems are related to petty theft and corruption.

Usually, tourists here do not face any severe problems and can travel on any day or night.

Izmir is a relatively safe city for its size. However, there are also not very secure areas here.

It is usually safe in the city center and the suburbs during the day.

Use common sense while walking at night and avoid dark and narrow alleys (mainly in Alsancak and Konak).

Avoid the streets around the main port and the roads around the railway junction (Hilal, Halkapinar).

Be careful in Basman, although it is possible to stay in hostels in the area (Syrian food will keep you coming back).

It is also essential to exercise caution in Kadifekale, where one of its main attractions is located.

It is not recommended to travel on foot in the neighborhoods on the southern side of the railroad tracks near the city center at night.

As elsewhere, keep an eye on your belongings, especially in the areas of bazaars and train stations.

Keep track of your wallets and remember about scammers.

Do I Need a Visa to Visit Izmir?

Which Currency Is Used in Izmir?

In İzmir, the summers are hot, arid, and clear, and the winters are long, cold, wet, windy, and partly cloudy. The best time of year to visit İzmir for hot-weather activities is from mid-June to mid-September.

What Do I Need to Know about Airports in Izmir?

Adnan Menderes Airport in Izmir International Airport is located 18 km southwest of the city in the Gaziemir region and named after Turkish Prime Minister Adnan Menderes. The airport is a hub for Pegasus Airlines and SunExpress.

What Are Some Things to Do in Izmir?

Izmir is a Turkish city on the coast of the Aegean Sea, which for a long time was called Smyrna. The city was founded by the Greeks, then conquered by the Romans and rebuilt by Alexander the Great, and in the 15th century, it became part of the Ottoman Empire. Izmir is famous for its huge archaeological complexes, including the ruins of the Smyrna agora (market square) built by the Romans. The castle of Kadifekale (Velvet Castle) located on a hill, erected during the time of Alexander the Great, offers a beautiful view of the city.

Is the Water in Izmir Safe to Drink?

Tap water is not drinkable in Izmir. You should buy bottled water or boil tap water.

Is Uber Safe in Izmir?