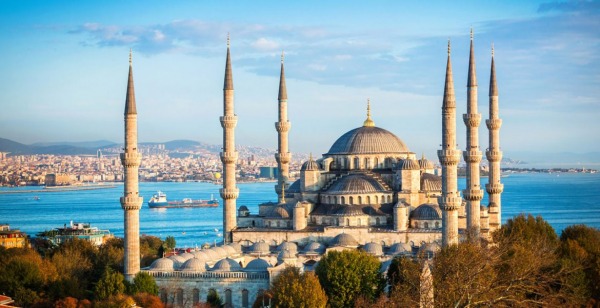 Historically known as Byzantium and Constantinople, Istanbul is the largest city in Turkey and the country’s economic, cultural and historic center. The city straddles the Bosphorus Strait and lies in both Europe and Asia, with a population of over 15 million residents, comprising 19% of Turkey’s population. Istanbul is the most populous city in Europe and the world’s fifteenth-largest city.

Istanbul is a popular and safe city to travel to, but petty theft and fraud should be kept in mind like any major city. Keep track of your belongings and your surroundings.

Public transport is safe if you watch your pockets. Taxi is a convenient way to travel if you use licensed taxi services. Don't get caught off the street, and make sure the driver turns on the taximeter.

Pickpocketing in Istanbul occurs at every step; tourists need to remember this. Especially in the area of train stations and airports and bazaars. Carry things in your anti-thief backpack and leave essential documents and jewelry in the hotel safe.

Istanbul is practically not exposed to any risk of natural disasters. Sometimes earthquakes in the region are possible

Armed robberies and assaults sometimes occur in this city. It is important to keep an eye on your surroundings and avoid poorly lit and remote areas from the city center. Better not to walk around the city alone late at night.

The threat of terrorism in the city is quite high due to the country's political events. Therefore, before your visit here, study the political situation in the country.

In Istanbul, fraud is common when the opiate is poured into your drink in a bar to get drunk and rob you. Keep an eye on your glass in bars, and don't trust benevolent strangers.

Women traveling alone should be considerate of local men. To not attract undue unwanted attention from them, it is better to wear modest clothes and not walk alone late at night. The rest of the city is quite safe.

How Safe Is Istanbul for Tourists?

Istanbul is a relatively safe city to travel with, with an average crime rate.

The city also has a high level of corruption and bribery.

Istanbul is a densely populated city, and it is important to remember the threat of pickpocketing on the streets.

Don’t rely too much on the sense of “security” that the policy’s ubiquity provides.

Also, beware of the men in Taksim who splash water on your neck from the back.

When you turn around, they will try to start a fight with you as another man walks in and robs you.

These men usually carry knives and can be very dangerous.

It is common for people to cheat in nightclubs to sell their drinks at overpriced prices when counting on others.

Be careful and double-check your check.

Change money only in trusted places; some exchange offices may issue you fake Turkish Lira banknotes.

Try to see if the banknote numbers are different, although if only one of the many is a fake, it will be difficult to recognize.

Do I Need a Visa to Visit Istanbul?

Citizens of more than 100 eligible countries can obtain the e-Visa for Turkey. When traveling to Turkey, most nationalities must hold a passport valid for at least 60 days beyond the country’s expected to stay. Nationals from more than 100 countries do not need to apply for their visa at an embassy or consulate.

Which Currency Is Used in Istanbul?

In İstanbul, the summers are warm, humid, dry, and clear, and the winters are long, cold, windy, and partly cloudy. The best times to visit Istanbul are from March to May and between September and November.

What Do I Need to Know about Airports in Istanbul?

Istanbul Airport is the main international airport serving Istanbul, Turkey. It is located in the Arnavutköy district on the European side of the city.

What Are Some Things to Do in Istanbul?

Istanbul is a major city in Turkey that straddles Europe and Asia across the Bosphorus Strait. Its Old City reflects the cultural influences of the many empires that once ruled here. In the Sultanahmet district, the open-air, Roman-era Hippodrome was for centuries the chariot races’ site, and Egyptian obelisks also remain. The iconic Byzantine Hagia Sophia features a soaring 6th-century dome and rare Christian mosaics.

Is the Water in Istanbul Safe to Drink?

Is Uber Safe in Istanbul?

There is an Uber taxi in Istambul. You can call a taxi from the app on your phone. The cost of the trip will depend on the distance and time of day.