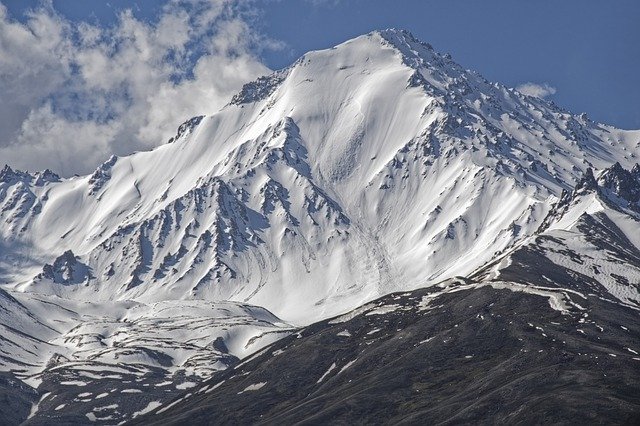 Once a beautiful country visited by thousands of people from all around the world, Afganistan is now a synonym for war.

In the last 18 years, the whole country has been devastated by the civil war, bombings and the picture that first comes to one’s mind when thinking about it is crying, wounded kids, women, and soldiers.

Travelers are strongly advised not to visit Afganistan because of the great danger that is still very present.

There are parts of Afganistan that are safe like Herat and Bamiyan, but travelers must be aware of the danger present and the safety measures that need to be taken in case of an emergency.

An extremely high risk of terrorist attacks makes Afghanistan a very dangerous country for tourists. Kidnapping and raping are frequent. Tourists who decide to visit Afghanistan despite the dangers are advised to always move around in groups accompanied by a trustworthy local guide.

Driving in Afganistan is possible, but it doesn't come without the risk. Taliban are in control of the roads and if you decide to go for a road trip, you must have a road permit before starting your journey and be careful all along.

War has left a great trace on the locals and pickpocketing is very frequent. If you decide to go for a walk, make sure you keep your valuables well hidden. Do everything you can not to show that you have money or other pricey possessions.

Afghanistan is at a very high risk of natural disasters like earthquakes, flooding, droughts, and landslides because of its geographical position and overall degradation of the environment in general. Climate changes have a major impact and natural disasters are frequent.

Scam risk is not high, although you should pay very close attention to the people trying to distract you when withdrawing money from the ATM. You can never be too cautious and careful, keep your eyes open at all times.

Afganistan is not a place for female tourists because of the high risk of kidnapping and raping. If you still decide to go, make sure you dress like local women so you don't attract attention and move around protected areas.

How Safe Is Afghanistan for Tourists?

Afghanistan is not a safe place for tourists wishing to enjoy the beautiful scenery and go freely everywhere.

It is a warzone with a high risk of robberies, burglary, kidnapping, theft and terrorist attacks.

Even though there are some safe zones, these can be visited only with extreme caution and accompanied by trusted guides.

Tourists can be victims of random terrorist attacks or the targeted act during religious gatherings.

Considering the high risk against general safety, traveling to Afghanistan is still strongly advised against.

Afghanistan is a country where you can strictly follow all the issued guidelines of behavior in order to remain safe.

Women should avoid visiting this country because of the high number of rapes.

People who still decide to go can return without any problems, but there are no guarantees.

Landmines are still very widespread and present a real danger – this is why you should never park beside the road, the biggest number is found there.

It represents a real danger and a treat to all the visitors unaware of the places where they are mostly located.

Do I Need a Visa to Visit Afghanistan?

If you wish to visit Afganistan, you must have a valid passport and an Afgan visa, so you can avoid getting in trouble.

In case you get caught without a visa, you can be deported or pay a heavy fine.

Which Currency Is Used in Afghanistan?

The official currency of Afghanistan is Afghan Afghani.

The general recommendation is to bring cash with you at all times due to safety reasons.

Afghanistan has all four seasons.

Summer temperatures are extremely high and can go up to 50 ⁰C, while the winters are really mild.

The temperature during the winter goes up to 20 ⁰C, which is a really pleasant temperature.

What Do I Need to Know about Airports in Afghanistan?

The busiest and most famous airport in Afghanistan is called Hamid Karzai.

It is located 3,1 miles away from the center of Kabul.

During the last decade, it has been modernized so it can serve numerous passengers.

It is highly recommended to take travel insurance, so you don’t have to worry about expenses in case you get sick and need to visit a doctor.

Depending on the length of your stay, the cost will vary.

What Are Some Things to Do in Afghanistan?

Even though today’s Afganistan doesn’t resemble the one years before, there are still things to see and do when visiting.

Budda Niches are certainly worth seeing.

They are 15 centuries old.

Located in the Bamiyan valley, they proudly rise 38m and 55m high.

Is the Water in Afghanistan Safe to Drink?

Not entire Afghanistan’s population has access to the drinking water, but luckily the situation improved over the years.

This year around 67% of people have access to the drinking water which is still far from perfect.

Years of war have left serious consequences, including the inability to have clean water for the entire population.

Is Uber Safe in Afghanistan?

Uber is not available in Afghanistan, but there is its equivalent Buber, a company that aims towards becoming as successful as this internationally known company.

Their goal is to provide safe and cheap rides for everyone.