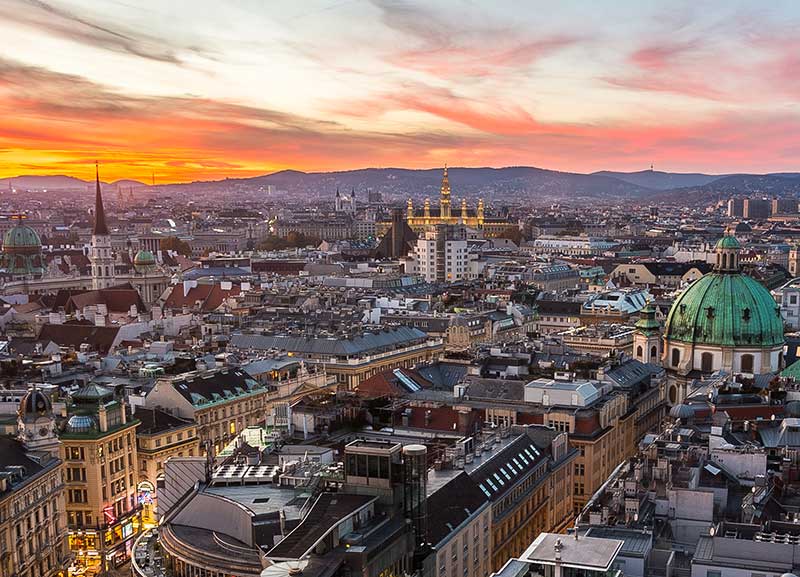 Austria - safety as a country

Vienna is the country’s capital, the largest city, and one of Austria’s nine states. Vienna is the most populous city in Austria, with about 1.9 million people and its cultural, economic, and political center. It is the 6th largest city within a city in the European Union.

Vienna is a very safe city, and you will not encounter any serious crimes here. Usually, tourists can travel safely through this city at any time of the day or night.

Public transport is well-developed in the city and is safe. Beware of pickpockets on buses. Taxi is a reliable and safe way to travel.

Pickpockets can be found on public transport and in crowded places. Also, be mindful of your belongings and surroundings in popular tourist destinations. Don't leave things unattended.

Vienna is practically not subject to any natural disasters. The risk of an earthquake is possible, but it is small.

Serious robberies and attacks in Vienna practically do not happen; it is scarce. Be discreet late at night in remote areas of the city and not get involved in street fights.

Vienna is not the target of terrorist attacks. However, they also happen here because the city is the capital of a European country. Be very careful to avoid mass demonstrations and large crowds—report suspicious people and activities to the police.

Fraud in the city is most often associated with deceiving tourists in the price of goods and services, be careful and double-check everything. This does not happen often, but it can happen from time to time.

Women traveling alone can feel quite safe in Vienna. The main thing is to adhere to the usual precautions and monitor your surroundings.

How Safe Is Vienna for Tourists?

Vienna is a very safe city to travel to.

Vienna is potentially one of the safest cities in the world.

There are no slums or areas to avoid.

In general, you can visit any part of the city without risking it at any time of the day.

For all your safety, it is best to avoid Vienna’s parks at night.

Prostitution is allowed even on the street and is common in the Prater area.

Petty crimes (for example, “missing a jacket”) are more common, usually not recorded, and do not generate much sympathy.

Do not walk on the bike lanes and cross them like you would cross any other road.

Some bike lanes are hard to recognize (e.g., on the “Ring” in Vienna), and some cyclists bike rather fast.

Walking on bike lines is not only considered impolite, but it is illegal, and you run the danger of getting hit.

Do I Need a Visa to Visit Vienna?

You can enter Vienna without a visa if you stay for less than 90 days. If you are EU nationals, you can stay in the country as long as you want. A valid passport is a must.

Which Currency Is Used in Vienna?

The euro (€) is the official currency of the European Union and Austria. It’s subdivided into 100 centes.

The summers are warm in Vienna; the winters are very cold, dry, and windy; and it is partly cloudy year-round. July is the hottest month in Vienna with an average temperature of 19°C, and the coldest is January at -1°C.

What Do I Need to Know about Airports in Vienna?

The tourists can travel to Austria via some of the busiest airports in Vienna, Salzburg, and Innsbruck. The Vienna International Airport is only 19 km from the city center and has international flights.

What Are Some Things to Do in Vienna?

Vienna’s artistic and intellectual heritage has been shaped by locals, including Mozart, Beethoven, and Sigmund Freud. The city is also known for its Imperial palaces, including Schönbrunn, the Habsburgs’ summer residence. In the MuseumsQuartier, historic and modern buildings display works by Egon Schiele, Gustav Klimt, and other artists.

Is the Water in Vienna Safe to Drink?

The tap water in Vienna is generally very high quality. You can drink it with a safe.

Is Uber Safe in Vienna?

There is an Uber taxi in Vienna. The price of the trip will depend on the time of day and distance.