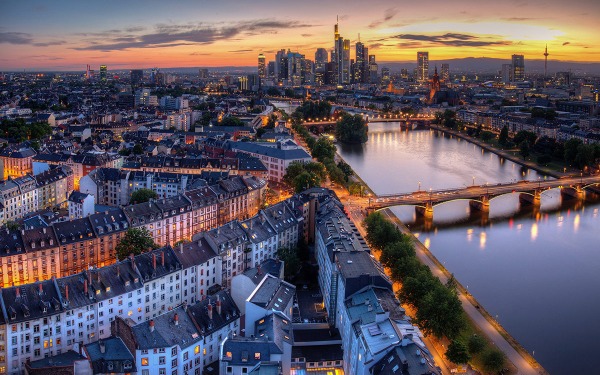 Germany is a safe country to travel to. Using common sense and not doing those things that you do not do in your home country, you can safely move and travel around Germany. Use reasonable caution in crowded areas and avoid suspicious individuals.

Public transport in Germany is reliable, runs on schedule, and safe. As usual, watch your pockets on crowded buses. Taxi is a convenient and secure way to get around. Use only licensed services.

Pickpockets can be found in tourist places and crowded places. Since Germany attracts many tourists every year pickpockets are also a problem here. Keep track of your belongings and your surroundings.

According to recent research, in Germany, the natural hazards that cause the greatest economic impact include storms, floods, and extreme temperatures. The majority of damages are due to extreme weather and storms, followed by floods and mass movements.

The risk of serious armed robberies is low in Germany. However, suburbs and walks in cities late at night should be avoided. Be attentive to your belongings, do not carry a lot of cash and avoid suspicious strangers.

In Germany, there is little risk of terrorism and in the past, the country was subjected to terrorist attacks. Examine the surroundings before your visit here and avoid any political or religious demonstrations.

Fraud in Germany is rare. However, due to a large number of tourists, scammers may be tempted to deceive you, sell low-quality goods or invalid tickets. Be sure to purchase products and services in licensed locations.

Women traveling alone will not experience any problems in Germany. Use common sense and be careful at night, avoid deserted and poorly lit streets, and be alone with strange people in abandoned areas. Otherwise, it is safe for any traveler.

How Safe Is Germany for Tourists?

Germany is a relatively safe country.

The crime index here is shallow.

For travelers, this is a perfect destination for tourism.

Although theft and other crimes against travelers are rare, you should still take all the usual precautions: lock rooms in hotels and cars without leaving valuables unattended.

Watch out for pickpockets in crowded places; do not wander through the city parks at midnight.

If you wish to drive in Germany, you must carry a valid driving license, insurance, and vehicle documents with you in the vehicle at all times.

If the vehicle does not belong to the driver, written permission from the registered owner may also be requested.

Begging is not uncommon in some larger cities, but not to a greater extent than in most other major cities, and you will rarely experience aggressive beggars.

Some beggars are organized in groups.

Be aware that flashing any cardboard sign very near to your body could be a pickpocket trick.

Do I Need a Visa to Visit Germany?

Germany enters the Schengen zone and many countries do not need a visa to enter Germany for a period of fewer than 90 days. The rest of the stay is regulated as for all Schengen countries. Make sure your passport is valid for at least six months after the planned return date.

Which Currency Is Used in Germany?

The euro is the official currency in Germany. The euro is divided into 100 cents. It has a sign: € and a code: EUR.

The best times to visit Germany for ideal weather are mid-May to mid-September. Average temperatures in Germany vary greatly and the weather feels cold for about half of the year and otherwise nice with a very low chance of rain or snow throughout the year.

What Do I Need to Know about Airports in Germany?

Frankfurt am Main Airport is a major international airport located in Frankfurt, the fifth-largest city of Germany and one of the world’s leading financial centers. Frankfurt Airport lies 12 km southwest of central Frankfurt. Also, in Germany, there are many airports that are located in almost every large and medium-sized city.

What Are Some Things to Do in Germany?

Germany is a state in Western Europe with forests, rivers, mountain ranges and beach resorts in the North Sea. In the capital, Berlin, the cultural and nightlife is in full swing. Many attractions of the city, in particular the Brandenburg Gate, recall the events of the Second World War. Munich is famous for the Oktoberfest festival and brasserie restaurants. Frankfurt is a city of skyscrapers, it is here that the headquarters of the European Central Bank is located.

Is the Water in Germany Safe to Drink?

Tap water is the safest and most controlled beverage product in Germany. Many German cities including Berlin and Munich brag about the quality of their tap water which often comes from the same source as mineral water.

Is Uber Safe in Germany?

Uber service is available in Germany. The fare will depend on the time of day and distance. The cost is deducted immediately from the credit card.