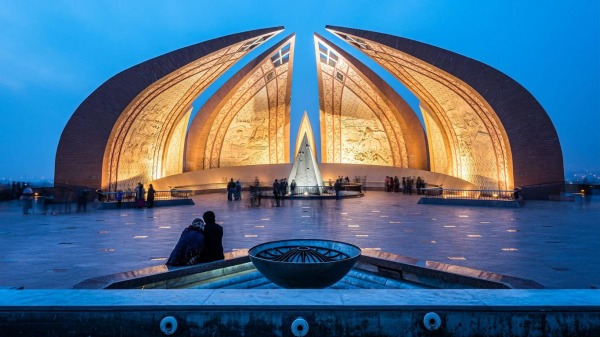 Pakistan - safety as a country

Islamabad is the capital city of Pakistan and is administered by the Pakistani federal government as part of the Islamabad Capital Territory. It is the ninth-largest city in Pakistan, while the larger Islamabad–Rawalpindi metropolitan area is the country’s third-largest with a population of about 4.1 million people. Built as a planned city in the 1960s to replace Karachi as Pakistan’s capital, Islamabad is noted for its high standards of living,  safety, and abundant greenery.

Like any major city in Islamabad, pickpockets do happen. Especially on public transport during rush hour. Keep track of your belongings, and do not leave bags and wallets unattended on the tables in the cafe.

The city is prone to summer heat, earthquakes, and floods. These disasters do not happen very often, but they need to be monitored.

The risk of serious robbery and armed attack in Islamabad is shallow. Avoid communicating with suspicious individuals and do not walk late at night in areas remote from the city center.

How Safe Is Islamabad for Tourists?

Islamabad is a fairly safe city to travel to.

The main problems here are associated with a low level of corruption and bribery.

Islamabad is generally a safe and calm city.

Since the beginning of 2010, the city has been very calm, and there have been practically no explosions or other conflicts.

This city is considered one of the safest in its region.

The police have set up numerous checkpoints on the roads to important buildings and roads.

They are usually harmless and will wave at you, but to get to Constitution Avenue (including the Serena Hotel), the police will want to look in the trunk of your car.

When traveling in the city, you must have your national ID, passport, or driver’s license with you to prove your identity.

Men can walk almost everywhere in the city day and night without fear.

Single women will grab the attention of men, especially in areas of the city that are rarely visited by Westerners.

In such cases, it is best to be in a group and avoid dimly lit streets.

Dress modestly and avoid drawing undue attention to yourself with loud conversations.

Do I Need a Visa to Visit Islamabad?

Visitors to Pakistan typically must obtain a visa from one of the Pakistani diplomatic missions. Pakistani missions abroad offer various visas, with some travelers eligible for visas on arrival if traveling as part of a group tour or for business. Pakistan also offers electronic visa applications and electronic travel authorization for the issuance of visas on arrival.

Which Currency Is Used in Islamabad?

The Pakistani rupee has been the official currency of Pakistan since 1948. The coins and notes are issued and controlled by the central bank, namely the State Bank of Pakistan. The currency was convertible to gold on demand.

In Islamabad, the climate is warm and temperate. In Islamabad, there is a lot of rain, even in the driest month. The best time to visit Islamabad in Pakistan is from January until April and September until December.

What Do I Need to Know about Airports in Islamabad?

What Are Some Things to Do in Islamabad?

Is the Water in Islamabad Safe to Drink?

Is Uber Safe in Islamabad?