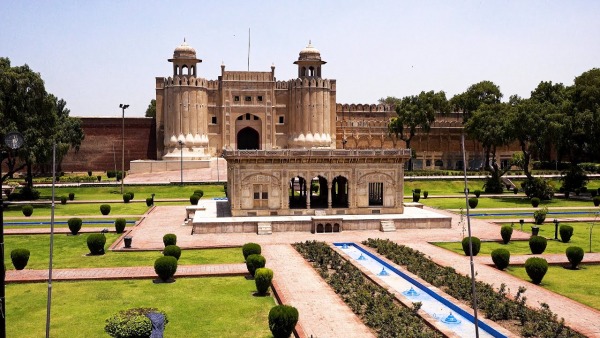 Pakistan - safety as a country

The risk of serious robbery and armed attacks is shallow in Lahore. There is little danger of these attacks in the suburbs. However, the likelihood that you will be attacked is very small.

Due to the military conflicts near here, the city may be at risk of terrorist attacks. Therefore, be attentive, vigilant, and study the political situation before you visit this city.

How Safe Is Lahore for Tourists?

Lahore is a fairly safe city to travel to, although petty crime is still possible.

The main problem in the city is associated with a high level of corruption and petty theft.

Street crimes in Lahore are not common, but special precautions must be taken by visitors.

Demonstrations aren’t uncommon and should be avoided at all costs.

In early 2006, the Prophet Muhammad cartoon protests quickly got out of hand, and several businesses were torched along with scores of cars.

If a large demonstration or protest is underway, foreigners should try to remain at their hotels until the dust settles.

Use common sense when hanging out with friends, and definitely avoid being intoxicated in public as it is an Islamic country.

Beware of pickpockets when you are in crowded areas like Liberty market, the airport, bus stands, the railway station, Anarkali, Ichra shopping center, or Mall road.

Don’t trust or believe anyone.

Corruption is widespread in Lahore and behind that smiling face is more likely than not a scam artist who will try to con you out of your money.

Also, the police are just as corrupt or more so than the townspeople.

Be careful; they are most likely working with the scam artist.

Do I Need a Visa to Visit Lahore?

Visitors to Pakistan typically must obtain a visa from one of the Pakistani diplomatic missions. Pakistani missions abroad offer various visas, with some travelers eligible for visas on arrival if traveling as part of a group tour or for business. Pakistan also offers electronic visa applications and electronic travel authorization for the issuance of visas on arrival.

Which Currency Is Used in Lahore?

The Pakistani rupee has been the official currency of Pakistan since 1948. The coins and notes are issued and controlled by the central bank, namely the State Bank of Pakistan. The currency was convertible to gold on demand.

In Lahore, the summers are short, sweltering, humid, and clear, and the winters are short, cool, dry, and mostly clear. The best months for good weather in Lahore are January, February, March, April, October, November, and December.

What Do I Need to Know about Airports in Lahore?

Allama Iqbal International Airport is the third largest civilian airport by traffic in Pakistan, serving Lahore, the capital of the Punjab and second-largest Pakistan city.

What Are Some Things to Do in Lahore?

Lahore, Pakistan, is popular for its array of tourist activities. From seeing priceless artifacts to historical sites to shopping places to a variety of restaurants, the options are endless.

Is the Water in Lahore Safe to Drink?

Is Uber Safe in Lahore?