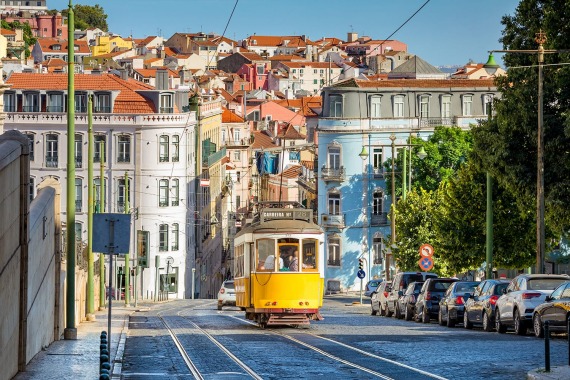 Portugal - safety as a country

Lisbon is the capital and the largest city of Portugal, with an estimated population of 505,526 within its administrative limits in an area of 100.05 km2. It is mainland Europe’s westernmost capital city and the only one along the Atlantic coast. Lisbon lies in the western Iberian Peninsula on the Atlantic Ocean and the River Tagus.

Lisbon is a safe city to travel to, to get around here without risks; it is enough to use common sense. Keep track of your belongings, and do not leave them unattended.

As in any European capital, pickpocketing and wallet thefts are common in Lisbon. Keep track of your belongings, do not carry a lot of cash with you, and keep things in your anti-thief backpack.

There is a small risk of earthquakes and floods in this region. Study the weather conditions before your visit here.

The risk of serious robbery and armed attacks is shallow in Lisbon. There is little danger of these attacks in the suburbs. However, the likelihood that you will be attacked is minimal.

The risk of terrorism is low in Lisbon. Of course, the risk of attacks still exists due to the international position of the city. The global risk of terrorist attacks in public areas exists worldwide, so tourists should be vigilant.

The most common scams in Lisbon are related to street beggars. Be suspicious of anyone who asks or offers you help.

Women traveling alone can feel quite safe in Lisbon. The main thing is to adhere to the usual precautions and monitor your surroundings.

How Safe Is Lisbon for Tourists?

Lisbon is a very safe city to travel to.

The main problems are petty theft and vandalism.

The most common crime against tourists is pickpocketing and theft of rented cars or public transport.

Use common sense and watch your belongings to avoid this risk.

There is sometimes drug trafficking in the city, but usually, tourists are not affected if they are not looking for it themselves.

Do not get involved with drugs in any way – they are illegal here.

Violent and/or drug-related crimes occur in areas such as Bairro Alto and Santos, especially at night.

Sometimes there are cases of robbery near the ATM, so it is strongly recommended to use only ATMs with cameras for withdrawing money.

Driving in Lisbon can be dangerous.

Some drivers overspeed and do not follow road signs.

Motorcyclists also tend to accelerate and skip lanes without warning.

Situations in which cyclists are attacked or even knocked off the road by car drivers are common.

Only park your car in a guarded parking lot and always close your car carefully.

There are known cases of car robbery even for the sake of little things inside, so do not leave anything in the car when you leave.

Do I Need a Visa to Visit Lisbon?

The Schengen Visa allows tourists to visit Portugal and all the other countries in the Schengen Area for up to 90 days. If Portugal is the main destination of a trip, travelers must apply for a Portugal embassy visa or consulate in their home country.

Which Currency Is Used in Lisbon?

The euro is the official currency of 19 of the 27 member states of the European Union. The euro, which is divided into 100 cents.

In Lisbon, the summers are warm, dry, and mostly clear, and the winters are cold, wet, windy, and partly cloudy. The best time to visit Lisbon is either from March to May or September to October.

What Do I Need to Know about Airports in Lisbon?

Humberto Delgado Lisbon Portel International Airport, also known as Lisbon Airport, is an airport located in the northern part of Lisbon city and is the largest international airport in Portugal. The airport was named after Humbert Delgade.

What Are Some Things to Do in Lisbon?

Lisbon is the capital of Portugal, located on several hills and washed by the Atlantic Ocean’s waters. The majestic Castle of St. George offers a memorable view of the pastel-colored buildings in the old town, the mouth of the Tagus River, and the Suspension Bridge on April 25th. The exposition of the National Museum of Azulejo features Portuguese tiles created over five centuries. The beach resorts of Cascais and Estoril are located near Lisbon.

Is the Water in Lisbon Safe to Drink?

Tap water in Lisbon and elsewhere in Portugal is perfectly safe to drink.

Is Uber Safe in Lisbon?