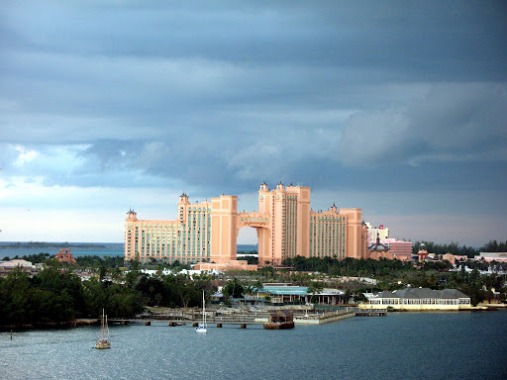 The Bahamas : Safety by City

The Bahamas - safety as a country

Nassau is the capital and largest city of The Bahamas.  Nassau is commonly defined as a primate city, dwarfing all other towns in the country. It is the center of commerce, education, law, administration, and media of the country.

Nassau is not very safe, but most risks can be avoided if precautions are taken. Do not walk late at night in remote parts of the city and leave valuables in the hotel safe.

Public transport may not be safe. It is best to use a taxi, but make sure the taxi driver uses a taximeter or negotiates a fare in advance.

Pickpocketing is common, and tourists are better off looking after their belongings all the time. Do not leave bags and phones unattended, especially on the beaches. Do not trust those who ask or offer you help.

From June to November, the region is at risk of hurricanes that can cause serious damage. Study the weather conditions on the island before your trip here.

Assault and armed robbery remain the biggest problems in Nassau. Sometimes it is even possible to kidnap people for blackmail and extortion. If you are faced with such criminals - give them what they demand to save their lives.

There were no terrorist attacks in Nassau. In any case, be vigilant and avoid suspicious objects and people.

They often try to cheat tourists with the price of a taxi ride and small souvenirs' price. Double-check everything and count your change at the cafe.

Nassau is not safe for women traveling alone. Due to the high risk of assault and robbery, women are advised to be in the company of like-minded people when traveling in this city.

How Safe Is Nassau for Tourists?

Nassau is not the safest place in the Bahamas.

The main problems are related to drug trafficking, theft, fraud, and assault.

The “Over-the-Hill” area south of the city center may not be very safe for tourists. It is best to avoid this part of the city at night.
Be suspicious if a stranger offers you something for free or asks for help.

They’ll tell you anything you want to get you jet-skiing, booze cruises, and more.

Refuse drugs if you are offered – here, they are illegal.

Most of the Cuban cigars for sale in Nassau are counterfeit.

Observe the usual precautions, avoid walking late at night in remote parts of the city and alone.

Don’t carry a lot of cash or expensive items with you.

In the city, robberies and attacks do often occur, including on tourists.

However, if you use common sense, do not shine with a lot of cash and expensive things, and also do not walk alone at night, especially near the beaches – you will stay safe.

Do I Need a Visa to Visit Nassau?

Which Currency Is Used in Nassau?

There are two valid currencies in Nassau: United States Dollar and the Bahamian dollar.

In Nassau, the summers are hot, oppressive, wet, and mostly cloudy, and the winters are comfortable, muggy, dry, windy, and mostly clear. The best time to visit the Bahamas is during the high season, which runs from mid-December to mid-April

What Do I Need to Know about Airports in Nassau?

Lynden Pindling International Airport is the largest airport in the Bahamas and the largest international gateway. It is a major hub for Bahamasair and Western Air and is located in western New Providence island near Nassau’s capital city.

What Are Some Things to Do in Nassau?

Nassau is the capital of the Bahamas. It lies on the island of New Providence, with neighboring Paradise Island accessible via Nassau Harbor bridges. A popular cruise-ship stop, the city has a hilly landscape and is known for beaches and its offshore coral reefs, popular for diving and snorkeling. It retains many of its typical pastel-colored British colonial buildings, like the pink-hued Government House.

Is the Water in Nassau Safe to Drink?

Is Uber Safe in Nassau?

There is no Uber taxi in Nassau You can use any other local taxi services.