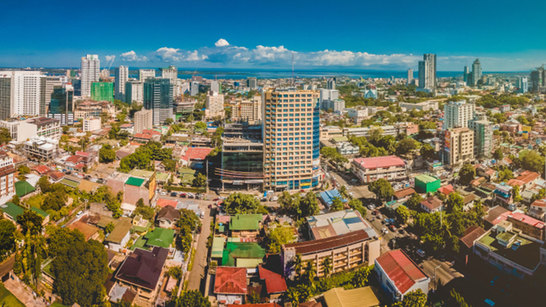 Cebu City, officially the City of Cebu is a 1st class highly urbanized city in the region of Central Visayas, Philippines. According to the 2020 census, it has a population of 964,169 people,  making it the fifth-most populated city in the nation and the most populous in the Visayas. It is the regional center of Central Visayas and is the seat of government for the province of Cebu, but is governed separately from it. The city is a significant center of commerce, trade, and education in the Visayas. It is the Philippines’ main domestic shipping port and is home to about 80% of the country’s domestic shipping companies.

Pickpocketing occurs in Cebu City at every turn, so wear an anti-theft backpack, look after your belongings, and don't leave your phones and wallets unattended. In crowded places, keep an eye on your surroundings.

The city is prone to tropical storms and tsunamis. Study the weather conditions before your visit here.

In the suburbs of Cebu City, local gangs' showdowns take place, during these showdowns, there are shootings and kidnappings. Avoid these areas and don't get involved with drugs.

How Safe Is Cebu City for Tourists?

Cebu City is a relatively safe city with an average crime rate.

The main problems are related to drug trafficking and corruption.

Pickpockets, kidnappers, and sometimes robbers should worry you the most when you are in downtown Cebu.

Many criminals are young children, as Filipino law exempts them from imprisonment.

Keep an eye on all people (and their hands) sitting next to you on public transport, and cover any backpack pockets you carry with your hands.

Certain parts of downtown Cebu can be unsafe at night, especially on Colon Street and surrounding areas.

Therefore, at night it is better not to walk alone here and generally avoid strangers and dark alleys.

Trust fraud is the oldest trick in the Philippines.

Almost certainly your new friend wants something from you, and you definitely won’t want anything that he has to offer.

Try not to give money to children on the street – they are usually tied to fraudulent schemes and illegal trade.

Otherwise, common common sense will help you avoid most of the problems in this city.

Use only licensed taxi services, and if you are a girl who travels alone, always leave the streets before dark.

Do I Need a Visa to Visit Cebu City?

Which Currency Is Used in Cebu City?

The Philippine peso, also referred to by its Filipino name piso is the official currency of the Philippines. It is subdivided into 100 centavos or sentimos.

The climate here is tropical. Cebu City is a city with significant rainfall. December to February is the best time to visit Cebu City.

What Do I Need to Know about Airports in Cebu City?

Mactan-Cebu International Airport is the second busiest international airport in the Philippines. It is located in Lapu Lapu on Mactan, part of the Cebu Metro, and serves the Central Visayas region.

What Are Some Things to Do in Cebu City?

Cebu – a province in the Philippines in the Central Visayas region, occupies the same name and more than 150 smaller islands. The capital is located in the city of Cebu, which is a major port. Here are preserved monuments from the Spanish colonization of the 16th century, for example, the Basilica of Minore del Santo Niño and the triangular fort of San Pedro. Panoramic views of the city opens from the observation deck on Mount Busay.

Is the Water in Cebu City Safe to Drink?

Is Uber Safe in Cebu City?

There is no Uber taxi in Cebu City. You can use any other local taxi services.