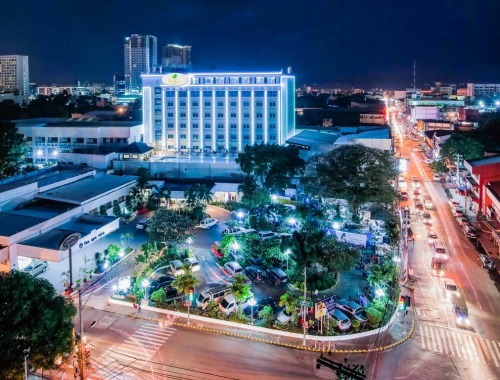 Davao City is a 1st class highly urban city in the Davao Region, Philippines. It is geographically situated in the province of Davao del Sur and grouped under the province by the Philippine Statistics Authority. Still, the city is governed and administered independently from it.

Davao City is considered one of the safest cities in the region. The crime rate is low here. You should beware of the outskirts of the city and watch your belongings, especially during the holidays.

Transport may not always arrive on schedule. Keep an eye on your wallets on buses to avoid pickpocketing. Use only licensed taxi services.

Pickpocketing is not common, but since Davao City is a popular tourist destination, this kind of thing happens here. Keep track of your belongings, do not leave your phone unattended, keep important documents in the hotel's safe.

Davao City is at risk of earthquakes and floods following the tsunami. Be careful and check the weather conditions before your visit.

The city has been subjected to repeated terrorist attacks in the past. Study the political and civic situation in the region before your visit here.

Women traveling alone can feel quite safe in Davao City. The main thing is to adhere to the usual precautions and monitor your surroundings.

How Safe Is Davao City for Tourists?

Davao City is considered one of the safest places in its region.

The crime rate here is at a low level.

The streets of the city are clean, and there are almost no serious crimes here.

Thanks to this, the city is trendy among tourists and businessmen.

Even at night in this city you can walk and move freely.

It is more dangerous outside the city, including at night.

It is better not to be in the suburbs and in poorly lit areas of the suburbs.

Two rebel groups are operating in the region: the communist New People’s Army and Abu Sayef.

It is known that these groups can even attack tourists.

Thus, it is very safe within the city, and you can safely move, and outside it, you should be careful.

It is also worth following the usual precautions and keeping an eye on your belongings and surroundings.

It is also better not to attract attention to yourself with expensive things, devices and a lot of money.

Keep original documents in the hotel safe and take a minimum of cash with you.

Do I Need a Visa to Visit Davao City?

Visa-exempt foreign nationals may extend their stay two months per extension but not exceeding the maximum period of two years. A valid passport is a must.

Which Currency Is Used in Davao City?

The climate in Davao is hot, oppressive, and overcast. January and February are perhaps the best months to visit during, as the rains have stopped and the temperatures are on the cooler side of things.

What Do I Need to Know about Airports in Davao City?

What Are Some Things to Do in Davao City?

On the southern Philippine island of Mindanao, Davao City is a coastal commercial center near 2,954m-high Mount Apo, the country’s highest peak. In the city center, People’s Park is known for its colorful indigenous sculptures and lighted fountains. It’s also home to Durian Dome, named after the pungent, spiky fruit that grows in abundance on Mindanao. The Davao River cuts through the city.

Is the Water in Davao City Safe to Drink?

Is Uber Safe in Davao City?

There is no Uber taxi in Davao City. You can use any other local taxi services.