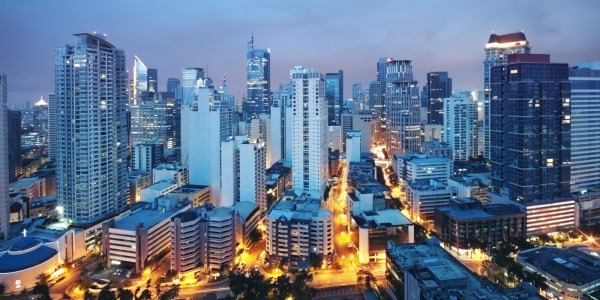 Manila is the capital of the Philippines and its second-most populous city. It is highly urbanized and, as of 2019, was the world’s most densely populated city proper. Manila is the second most natural-disaster-afflicted capital city in the world after Tokyo. At the same time, it is nevertheless among the most populous and fastest-growing cities in Southeast Asia.

Manila is not the safest city, but if you avoid distant districts from the city center and do not walk alone late at night, you can avoid most of the problems in this city.

Public transport is not very safe, especially at night. It is recommended to use a taxi for transportation at night. Use only licensed taxi services and make sure the driver turns on the taximeter.

Pickpocketing occurs in Manila at every turn, so wear an anti-theft backpack, look after your belongings, and don't leave your phones and wallets unattended. In crowded places, keep an eye on your surroundings.

Manila is at risk of earthquakes and tsunamis. Before traveling here, you should study the weather conditions.

There is a risk of armed attacks or kidnapping in Manila, and the common goal of robbers is to get your money and valuables. Therefore, if you are attacked, give the robbers what they ask of you to save your life.

This region has been subjected to repeated terrorist attacks in the past. Study the political and civic situation in the region before your visit here.

Women traveling alone can feel quite safe in Manila. The main thing is to adhere to the usual precautions and monitor your surroundings. Do not walk alone in the city late at night.

How Safe Is Manila for Tourists?

Manila is a rather dangerous city to travel to.

The main problems are related to corruption, house burglaries, vandalism, and drug trafficking.

You should always be careful in this city.

In Manila, you will often find beggars, often children.

Try to avoid communicating with them and bypass them.

If you feel you want to help, you better buy them food.

Walking alone in the city at night is not at all safe.

Also, make sure you have a group of like-minded people and return to the hotel by taxi when it’s already dark.

Don’t carry a lot of cash and expensive devices with you – this attracts criminals.

Never trust someone who offers to show you the city, sights for free or invites you to a bar.

Be especially careful in a bar or cafe – watch your drink.

There are frequent cases when tourists are sprinkled with opiate in a drink to get drunk and rob.

Never catch a taxi on the street and use only licensed taxi services.

Pickpocketing and theft of personal belongings are very common; keep an eye on your belongings and your surroundings.

Do I Need a Visa to Visit Manila?

Visa-exempt foreign nationals may extend their stay two months per extension but not exceeding the maximum period of two years. A valid passport is a must.

Which Currency Is Used in Manila?

In Manila, the wet season is overcast; the dry season is partly cloudy, hot, and oppressive year-round. The best time to visit Manila is during the drier months of January to April.

What Do I Need to Know about Airports in Manila?

Ninoy Aquino Manila International Airport is a civil airport serving the metropolitan area. The largest air harbor in the Philippines is located on the border between Pasay and Paranac, about seven kilometers south of Manila and southeast of Makati.

What Are Some Things to Do in Manila?

Manila, the capital of the Philippines, is a densely populated port city on the island of Luzon that blends Spanish colonial architecture with modern skyscrapers. In the center of the old part of Manila, there is the main monument of the colonial architecture of the city – the Intramuros fortress. It houses the 16th century Baroque Church of St. Augustine and Fort Santiago, a famous fortification that used to be a military prison.

Is the Water in Manila Safe to Drink?

Is Uber Safe in Manila?

There is no Uber taxi in Manila. You can use any other local taxi services.