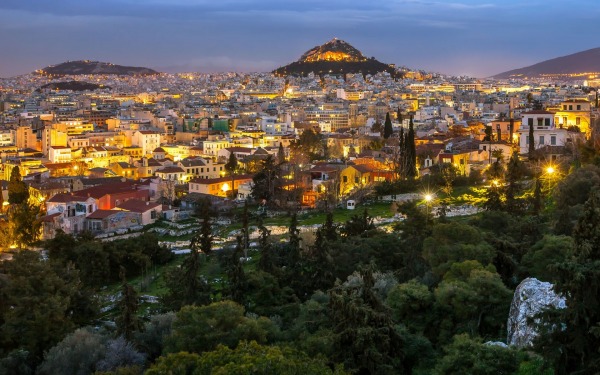 Greece is generally a safe country to travel, but you need to follow the usual precautions and avoid strangers and suburbs. In summer, take care of drinking water with you and avoid direct sunlight. Beware of petty fraud.

Public transport and taxis are quite safe. Keep track of your pockets on the buses. Use only licensed taxi services and make sure that the driver has turned on the taximeter. If there is no taximeter, discuss the price of the trip in advance so that there is no conflict.

Pickpocketing exists in Greece, as numerous tourists visit the country every year. Be vigilant and keep track of your personal belongings. Also, watch your surroundings. Use common sense and stay safe.

Greece has little risk of flooding due to rising sea levels, as well as small earthquakes and volcanic eruptions. Although these risks are insignificant, you should study the issue of the safety of natural disasters before your visit to Greece.

Serious armed robberies and attacks do not often occur in Greece. Usually, this can happen only if you have lost your vigilance or wandered into a disadvantaged area. If an incident has occurred with you, immediately contact the police station.

Although there have been no terrorist attacks in the recent history of Greece, they cannot be ruled out. Avoid political and religious demonstrations and stay safe.

Avoid the friendly Greeks who suggest going to the bar. Thanks to debugged fraud, you can become a victim of cheaters trying to profit at your expense. Politely reject any strange offers, even if the person is not suspicious.

Women traveling alone will feel utterly safe in Greece. Ordinary common sense helps keep you safe. Avoid suspicious areas and limit your walks at night. To return to the hotel late at night it is better to use a taxi.

How Safe Is Greece for Tourists?

Greece is predominantly a safe country with a low crime rate.

The main problems here are related to the theft of things, vandalism, and car theft.

Visitors should rest assured that this is an extremely safe and friendly destination. Still, it is always advisable for foreign tourists to exercise necessary precautionary measures just as they would at home.

Keep an eye on your belongings as pickpockets can be a significant problem, especially in big, crowded cities such as Athens or Thessaloniki.

Organized criminal activity exists in Greek metropolitan cities as well as in beaches but poses no risk to tourists.

A significant danger for travelers in Greece is road traffic.

It can be challenging for tourists to just cross the street on foot.

Pedestrians should be careful, even when crossing a pedestrian crossing.

Never think that just because of the intersection, the oncoming car will stop.

Wait until they slow down / stop, and then begin to intersect.

You should keep in mind that Greece is extremely hot in summer.

This can be a problem if you do not prepare for this in advance.

Take care of hydration, carry drinking water with you, and use sunscreens.

Do I Need a Visa to Visit Greece?

Greece enters the Schengen zone and many countries do not need a visa to enter Greece for a period of fewer than 90 days. The rest of the stay is regulated as for all Schengen countries. Make sure your passport is valid for at least six months after the planned return date.

Which Currency Is Used in Greece?

The euro is the official currency in France. The euro is divided into 100 cents. It has a sign: € and a code: EUR.

The best times to visit Greece for ideal weather are mid-March to June or mid-September to December. Average temperatures in Greece vary greatly and the weather feels nice most of the year, excluding some extreme weeks in summer and winter, with a very low chance of rain or snow throughout the year.

What Do I Need to Know about Airports in Greece?

What Are Some Things to Do in Greece?

Greece is a country in southern Europe, located on the Balkan Peninsula and thousands of islands in the Aegean and Ionian Seas. She is the heiress of the powerful Ancient Greece, which is considered the cradle of Western civilization. The capital of Greece, Athens, is famous for its Acropolis fortress, built in the 5th century BC. e., and the Parthenon temple. Santorini’s black sand beaches, Mykonos resorts and other summer destinations are popular with tourists.

Is the Water in Greece Safe to Drink?

Water in Greece is generally accessible and predominantly clean. However, drinking tap water in most cases is not recommended.

Is Uber Safe in Greece?

Uber service is available in Greece. The fare will depend on the time of day and distance. The cost is deducted immediately from the credit card.