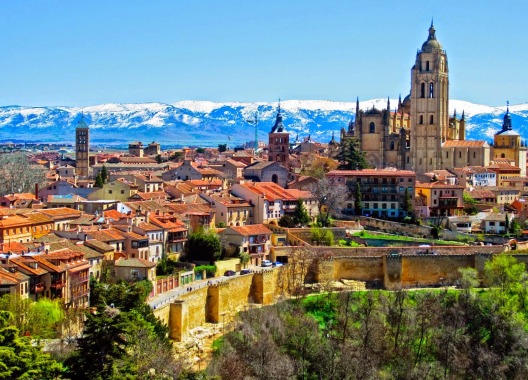 In general, while maintaining vigilance and the usual precautions in Spain, you can travel fairly calmly. Beware of pickpockets and always carry your backpacks and bags on your chest, watch your surroundings.

Public transport in Spain is well developed. The main problem is pickpockets and small thieves wielding in crowded vehicles. Avoid buses and metro during rush hour and always keep an eye on your belongings.

There are a lot of pickpockets in Spain. This can be a real problem. Every year, a vast number of tourists in Spain are robbed. At the same time, passports and cash often disappear. Be sure to immediately contact the embassy of your country and the police if such an incident occurs. Keep track of your belongings, never leave bags, and wallets unattended.

Spain is not at high risk of natural disasters. Sometimes floods and forest fires can occur here, but they rarely cause severe damage to the country.

Serious crimes like armed attacks and kidnapping in Spain are sporadic. Tourists can safely travel around the country at any time of the day or night. Just keep your usual alertness.

Terrorists are likely to try to carry out attacks in Spain. Attacks could be indiscriminate, including in places visited by foreigners. The Spanish authorities take measures to protect visitors, but you should be vigilant and follow the instructions of the local authorities.

Spain attracts many tourists, so many scammers want to cash in on travelers. Avoid fortunetellers or participating in "lotteries." The people who offer you these things are scammers, and their goal is to empty your pockets.

Women traveling alone can feel quite safe in Spain. The basic rule is not to leave things unattended, monitor your surroundings, and follow standard safety precautions.

How Safe Is Spain for Tourists?

Spain is a relatively safe country to travel in.

The crime index ranges from low to medium.

The main problems are related to the theft of things, housebreaking, vandalism, and corruption.

Spain is generally safe to travel, but here, especially in large cities, there is a high risk of street theft.

Keep the backpack in front of you, on your chest.

Thieves often cut or open bags of tourists behind their backs so that you may not even feel it.

There have been times when motorcycle thieves drive women and grab their wallets, so hold them tight even if you don’t see anyone.

Try not to show the money in your wallet.

In the area of ​​stations, airports, as well as in public transport, you need to be especially careful – pickpockets here prey on tourists.

Feel free to report the crime to your local police.

In general, you should bear in mind that those areas with many foreign visitors, like some crowded resorts on the east coast, are much more likely to attract thieves than places that are not so popular among tourists.

Never put anything on the back of a chair or the floor next to you, always keep it on yourself.

There is a high probability of being robbed when withdrawing money from an ATM.

Therefore, withdraw money only at ATM at banks, with cameras and security.

Do I Need a Visa to Visit Spain?

Spain enters the Schengen zone and many countries do not need a visa to enter Spain for a period of fewer than 90 days. The rest of the stay is regulated as for all Schengen countries. Make sure your passport is valid for at least six months after the planned return date.

Which Currency Is Used in Spain?

The euro is the official currency in Spain. The euro is divided into 100 cents. It has a sign: € and a code: EUR.

The best times to visit Spain for ideal weather are April to July and September to November. Average temperatures in Spain vary greatly, and the weather feels nice most of the year, excluding some cold weeks in the winter, with a low chance of precipitation most of the year.

What Do I Need to Know about Airports in Spain?

Spain has many airports. The primary and busiest airports are in the capital, Madrid, in Barcelona, ​​in Malaga, on the islands of Tenerife and Palma de Mallorca. Adolfo Suárez Madrid–Barajas Airport is the leading international airport serving Madrid in Spain. It is the second-largest airport in Europe by physical size and busiest airport as well as Europe’s sixth busiest.

What Are Some Things to Do in Spain?

Spain is a European country located on the Iberian Peninsula. The territory of Spain is divided into 17 autonomous regions. In the capital of Madrid, the Royal Palace and the Prado Museum are located, where works of European masters are stored. In Segovia you can visit the medieval castle (Alcazar) and see the well-preserved Roman aqueduct. Barcelona is the capital of the autonomous community of Catalonia. The appearance of this city is determined by numerous bizarre-fantastic creations of the architect Antonio Gaudi, among which is the Sagrada Familia.

Is the Water in Spain Safe to Drink?

All public tap water in Spain is safe to drink according to international water quality standards. But there are issues such as taste, odor chlorine by-products, microplastics, and local pipe contaminants. So, it’s better to boil it or buy bottled water.

Is Uber Safe in Spain?

There is an Uber taxi in Spain. You can call it from the application on your smartphone. The price of the trip will depend on the distance and time of day.