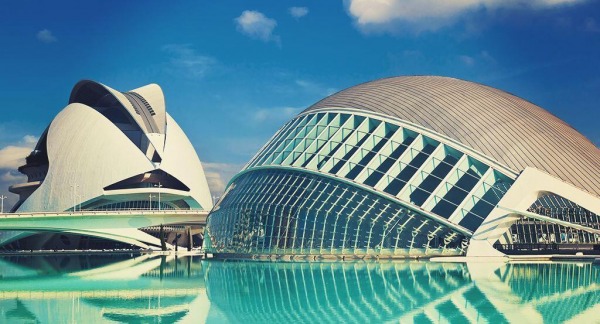 Valencia is a city in Spain, the center of the autonomous community of Valencia and the province of the same name. The third most populous city in Spain after Madrid and Barcelona. Located at the confluence of the partially drained Turia River in the Mediterranean Sea.

Valencia is considered one of the safest cities in the region. The crime rate is low here. You should beware of the outskirts of the city and watch your belongings, especially during the holidays.

Pickpocketing occurs in Valencia at every turn, so wear an anti-theft backpack, look after your belongings, and don't leave your phones and wallets unattended. In crowded places, keep an eye on your surroundings.

Valencia is not exposed to any serious risks of natural disasters.

The risk of serious robbery and armed attacks is shallow in Valencia. There is little danger of these attacks in the suburbs. However, the likelihood that you will be attacked is minimal.

The risk of terrorism is low in Valencia. Of course, the risk of attacks still exists due to the international position of the city. The global risk of terrorist attacks in public areas exists worldwide, so tourists should be vigilant.

The most common scams in Valencia are related to street beggars. Be suspicious of anyone who asks or offers you help. Also, always double-check your change at cafes and restaurants.

Women traveling alone can feel quite safe in Valencia. The main thing is to adhere to the usual precautions and monitor your surroundings.

How Safe Is Valencia for Tourists?

Valencia is a very safe city to travel to.

The main gaps are related to vandalism and petty theft.

Most of the visitors to this city do not experience any problems while traveling here.

It is important to use common sense and behave as you do in your city.

As with any popular tourist city in Valencia, it is important to keep track of your belongings and be attentive to the people around you.

There are a lot of tourists in Valencia, which means pickpocketing is also common here.

Don’t carry a lot of cash and expensive items with you.

Keep your original documents in the hotel safe, and remember that backpacks and bags are stolen very often in Spain.

It is worth getting an anti-theft backpack and carrying your things in it.

The safest areas in Valencia are the Old Town, Ruzafa, Patacona, and Alameda.

You can walk here even late at night.

Festivals and other mass events are often held in the city, in this regard, the number of thefts increases, and the vigilance of visitors to the city fades.

Always be extremely careful especially with those who ask or offer you help.

Do I Need a Visa to Visit Valencia?

Which Currency Is Used in Valencia?

The euro is the official currency in Spain.  The euro is divided into 100 cents.

In Valencia, the summers are warm, muggy, and mostly clear; the winters are long, cold, windy, and partly cloudy; it is dry year-round. The best time in Valencia is in April and May, the sweet spot full of warm weather and void of crazy crowds.

What Do I Need to Know about Airports in Valencia?

Valencia Airport, also known as Manises Airport, is the tenth busiest Spanish airport in passenger numbers and the second in the region after Alicante. It is located 8 km west of the city of Valencia, in Manises.

What Are Some Things to Do in Valencia?

Valencia is a port city on the southeast coast of Spain, located at the confluence of the Turia River into the Mediterranean Sea. The city is famous for its City of Arts and Sciences with futuristic buildings, including a planetarium, an aquarium, and an interactive museum. Valencia is popular with tourists for its sandy beaches, some of which are located in Albufera Park, a nature reserve with wetlands, a lake, and hiking trails.

Is the Water in Valencia Safe to Drink?

Is Uber Safe in Valencia?