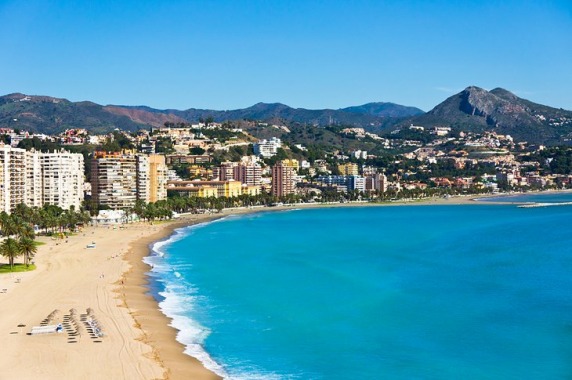 Málaga is a municipality of Spain, capital of the Province of Málaga, in the autonomous community of Andalusia. It is the second-most populous city in Andalusia after Seville and the sixth most populous in Spain. It lies on the Costa del Sol (Coast of the Sun) of the Mediterranean, about 100 kilometers east of the Strait of Gibraltar and about 130 km north of Africa.

Malaga is considered one of the safest cities in the region. The crime rate is low here. You should beware of the outskirts of the city and watch your belongings, especially during the holidays.

Pickpocketing occurs in Malaga at every turn, so wear an anti-theft backpack, look after your belongings, and don't leave your phones and wallets unattended. In crowded places, keep an eye on your surroundings.

The risk of serious robbery and armed attacks is very low in Malaga. There is little danger of these attacks in the suburbs. However, the likelihood that you will be attacked is very small.

Women traveling alone can feel quite safe in Malaga. The main thing is to adhere to the usual precautions and monitor your surroundings.

How Safe Is Malaga for Tourists?

Malaga is one of the safest cities in Spain.

Malaga is one of the safest cities in Spain. It is safe to be here at almost any time of the day or night.

At the same time, in  ​​attractions, you should be careful and watch your belongings – thefts occur quite often.

Sometimes there are thefts at intersections when thieves on motorcycles grab bags and backpacks.

Keep a close eye on your belongings in such places.

When it comes to bad neighborhoods, avoid Palma Palmilla, Cruz Verde and its surroundings, and parts of El Palo and Trinidad.

Palma Palmilla has a high crime and drug trafficking rate; the buildings are also ancient and terrible.

As elsewhere, stay alert, watch your belongings and avoid drinking in bars with strangers.

It is also better not to trust those who ask or offer you help.

Do I Need a Visa to Visit Malaga?

Which Currency Is Used in Malaga?

In Málaga, the summers are short, hot, humid, arid, and mostly clear, and the winters are long, cool, windy, and partly cloudy. The best time to visit Malaga is between June and September.

What Do I Need to Know about Airports in Malaga?

Málaga Airport, officially Málaga–Costa del Sol Airport is the fourth busiest airport in Spain after Madrid–Barajas, Barcelona and Palma de Mallorca. It is an important airport for Spanish tourism as it is the main international airport serving the. It is 8 km (5.0 mi) southwest of Málaga and 5 km north of Torremolinos.

What Are Some Things to Do in Malaga?

Malaga is a port city in the Costa del Sol region of southern Spain, renowned for its multi-storey hotel complexes that open directly onto light-sand beaches. The city’s modern buildings are dominated by two huge fortresses: the Alcazaba of Malaga and the Gibralfaro, erected on the hilltops during the reign of the Moors. Malaga Cathedral received the unofficial name “La Manquita” (One-armed Lady) due to the fact that one of its two towers was never completed.

Is the Water in Malaga Safe to Drink?

Tap water is perfectly safe to drink in Spain.

Is Uber Safe in Malaga?