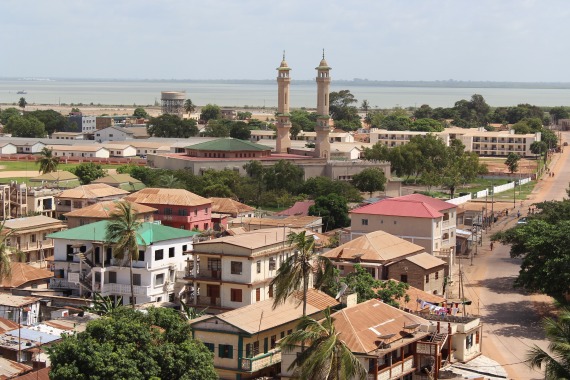 The Gambia can be a safe place to travel if you adhere to security measures. Petty fraud and theft are common in the country, so you always need to be on the lookout for your things and your surroundings.

Public transport is not safe to travel and rarely runs on schedule. A taxi is recommended. Call only licensed taxi services and make sure that the driver has turned on the taximeter.

The risk of pickpockets is very high in The Gambia. Pickpockets are found at almost every step, so you should be extremely careful when handling your valuables and never carry your money in your purse or pocket. Be wary of young people called “boomers” because they will offer everything they can to get some money from you.

The Gambia is little exposed to the risks of natural disasters. Only floods that sometimes occur in the country during the rainy season due to river spills can be noted.

Armed robbery attacks do not frequently occur in the Gambia, but do exist. In order not to attract the attention of criminals, do not walk late at night in the streets and do not shine with a lot of cash and jewelry.

There have been no terrorist acts in the Gambia recently, but they cannot be ruled out. Avoid street demonstrations and political rallies. Be careful in crowded places. Watch your surroundings and do not get involved in the showdown of the locals.

The risk of fraud is very high in the Gambia. Tourists often become victims of scammers. Sometimes scammers pretend to be officials and may ask for your passport or documents in order to steal them. They will then demand a bribe to be returned. Also, avoid any contact with marijuana sellers. Often they try to sell you grass so that the police then come near and demand a bribe from you so as not to put you in jail.

Women traveling alone to the Gambia can be safe if they take precautions. For example, they don’t walk alone through the streets alone at night, don’t wear a lot of jewelry and don’t shine with jewelry.

How Safe Is Gambia for Tourists?

The crime index here is from low to very high.

The main problems are hacking houses, theft of things, hacking cars, and vandalism.

There are several very commonly used scams in the Gambia.

If someone stops you on the street, they may tell you that they remember you from the hotel you’re staying at and that they work there.

They may invite you to another hotel, but this could be a scam to attempt to rob you.

Also, because people are continually looking for ways to support themselves, if they offer you assistance or directions, it may be understood that they expect some monetary compensation.

If you see a tramp on the street and want to give him money because of sympathy or just get rid of them, this will undoubtedly lead to him asking you for more money later if you meet again.

Some recommend a harsh and harsh response to such requests, but this should be reported by your values ​​and relationships that have developed with a particular person.

The Gambia is a great place to relax, but always be on your guard.

When swimming, it should be remembered that currents in the waters of the Atlantic can be substantial.

Always pay attention to the flags on the tourist beaches, indicating the level of danger on the red-yellow-green scale.

Do I Need a Visa to Visit Gambia?

Visitors to the Gambia must obtain a visa from one of the Gambian diplomatic missions unless they come from one of the visa-exempt countries. Since November 2019, nationals of all countries and territories can visit the Gambia without both a visa and entry clearance for up to 90 days (unless otherwise noted) except for the several countries (check on doyouneedvisa.com)

Which Currency Is Used in Gambia?

The dalasi is the currency of the Gambia that was adopted in 1971. It is subdivided into 100 bututs. It replaced the Gambian pound. The name derives from dala, a nickname of the 5 French West African franc note, which in turn derived from “dollar”.

The best times to visit The Gambia for ideal weather are October to July. Average temperatures in The Gambia vary very little and the weather feels hot all year with a very low chance of rain throughout the year.

What Do I Need to Know about Airports in Gambia?

There is only one airport in Gambia – it is Banjul International Airport, also known as Yundum International, is the international airport of Banjul, capital of The Gambia, built during World War II.

What Are Some Things to Do in Gambia?

The Gambia is a small country in West Africa that has a short coastline. The Gambia River Valley, flowing in the central part of the country and flowing into the Atlantic Ocean, is famous for the diversity of its ecosystems. Monkeys, leopards, hippos, hyenas and rare birds inhabit the Kiang West National Park and the Bao Bolong Wetland Reserve. In the capital of the country Banjul and the nearby town of Serekunda, beaches are open for visitors.

Is the Water in Gambia Safe to Drink?

The water in the Gambia is of poor quality and there is often a lack of normal water for life. You must not drink water from the tap.

Is Uber Safe in Gambia?

Uber is not available in the Gambia. However, there are many other taxi services in the country that you can use.