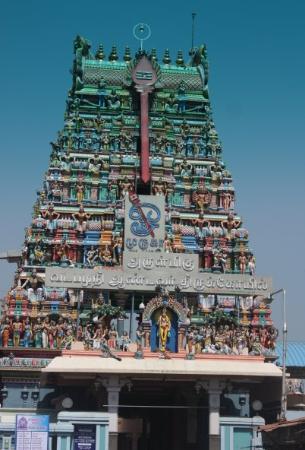 Chennai, formerly known as Madras, the 369-year-old city, is the capital of the southern state of Tamilnadu. India’s sixth-largest city is in terms of population, with an estimated population of 7.45 million (2005). It serves as one of the main gateways to South India and has a thriving local culture and art scene, and is one of the major destinations for medical tourism. It is considered as one of the world’s fastest-growing cities although ranks 13th in terms of cleanliness.

Chennai is generally a safe city to travel to as long as tourists follow certain safety measures and behave prudently. It is better not to walk around the city alone at night; it is also better not to shine with cash and expensive things.

Public transport in Chennai can be unreliable, late, and off-schedule. Pickpocketing is also common here. Use a taxi to get around the city. Make sure the driver turns on the taximeter or negotiate the price of the trip in advance. If you are traveling in your car, be careful on the road - traffic is often chaotic.

The risk of pickpocketing is very high in Chennai, especially in public transport, train stations, and tourist destinations. Always keep track of your belongings, as well as those who ask or offer you their help.

The city is located in an area prone to floods and earthquakes. Explore the natural setting of the area before your trip here.

The risk of serious robbery and armed attacks is shallow in Chennai. There is little danger of these attacks in the suburbs. However, the likelihood that you will be attacked is minimal.

Terrorism risk is moderate, with anti-Western terrorist groups operating in India and targeting tourists. India has been the site of several attacks by Muslim terrorists in recent history. The most common targets for terrorists are religious sites, markets, and beaches.

The most widespread fraud is associated with rickshaw drivers who inflate the fare for foreigners several times over. This scam can be avoided by knowing the current prices, not being afraid to bargain, and threatening to call the police if the price is too high.

It is better for women traveling alone to avoid walking at night in Chennai. Keep an eye on your surroundings and wear modest clothing.

How Safe Is Chennai for Tourists?

Chennai is generally a safe city to travel to.

The city also has a fairly high level of corruption.

Keep doors and windows closed and locked at night, and if possible, do not carry or display large amounts of cash.

Chennai’s so-called auto-rickshaw cars are notorious for ripping off customers, tourists, and locals, so before getting into your car, ask if the driver will turn on the meter or negotiate the fare in advance.

Cross the streets with extreme caution as traffic is usually heavy.

Chennai summers are humid and sultry; it’s better to step out with an umbrella, bottled water, and some oral rehydration salts (available from pharmacies, the brand name is Electoral).

These come in handy if you happen to get dehydrated.

While in Chennai, it is advisable to drink only bottled water.

Do not trust water from small local restaurants as it may be from the tap.

Otherwise, act like you do anywhere else and stay safe.

Do I Need a Visa to Visit Chennai?

Which Currency Is Used in Chennai?

In Chennai, the wet season is overcast, the dry season is windy and partly cloudy, and it is hot and oppressive year-round. The period from December to March is the best time to visit Chennai.

What Do I Need to Know about Airports in Chennai?

What Are Some Things to Do in Chennai?

On the Bay of Bengal in eastern India, Chennai is the capital of the state of Tamil Nadu. The city is home to Fort St. George, built-in 1644 and now a museum showcasing the city’s roots as a British military garrison and East India Company trading outpost, when it was called Madras. Religious sites include Kapaleeshwarar Temple, adorned with carved and painted gods, and St. Mary’s, a 17th-century Anglican church.

Is the Water in Chennai Safe to Drink?

Tap water is not drinkable in Chennai. You should buy bottled water or boil tap water.

Is Uber Safe in Chennai?

There is an Uber taxi in Chennai. You can call a taxi from the app on your phone. The cost of the trip will depend on the distance and time of day.