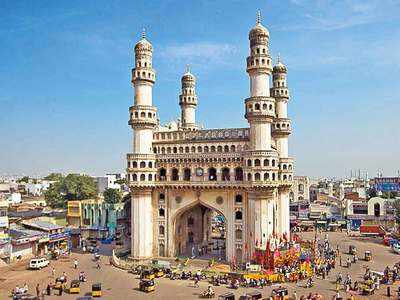 Hyderabad is the capital and largest city of the Indian state of Telangana and the de jure capital of Andhra Pradesh. It occupies 650 square kilometers (250 sq mi) on the Deccan Plateau along the banks of the Musi River, in the northern part of South India. With an average altitude of 542 meters, much of Hyderabad is situated on hilly terrain around artificial lakes, including the Hussain Sagar lake, predating the city’s founding, in the north of the city center.

Pickpocketing occurs in Hyderabad at every turn, so wear an anti-theft backpack, look after your belongings, and don't leave your phones and wallets unattended. In crowded places, keep an eye on your surroundings.

The city is prone to flooding; therefore, you need to familiarize yourself with the weather conditions before you travel here.

The risk of serious robbery and armed attacks is shallow in Hyderabad. There is little danger of these attacks in the suburbs. However, the likelihood that you will be attacked is very small.

The risk of terrorism is low in Hyderabad. Of course, the risk of attacks still exists due to the international position of the city. The global risk of terrorist attacks in public areas exists worldwide, so tourists should be vigilant.

Women traveling alone in this city should avoid late-night walks and be very discreet on the city streets. Heightened precautions won't hurt. Wear modest clothing that covers your knees and shoulders.

How Safe Is Hyderabad for Tourists?

Hyderabad is a relatively safe city to travel to.

Hyderabad is now more protected from terrorism than before.

While the likelihood that you will be in danger is rather low, it is obvious that you should conduct your own risk assessment.

Every mall, movie theater, and palace has metal detectors and security guards to keep an eye on you.

It can be annoying.

However, this is a safety condition in this city.

Thanks to “booming infrastructure, IT and real estate,” people are migrating from neighboring states to Hyderabad in search of better professional opportunities.

Hyderabad is a fairly safe metropolis.

Robberies and violent crimes are rare; most crimes involve theft.

Tourists need to keep a close eye on their belongings and not leave them unattended.

Also, keep an eye on your phone and wallet if you leave them on a table in a cafe.

Common travel scams in India are not as bad in Hyderabad as they are elsewhere.

However, foreigners should be more careful when traveling and avoid talking to strangers.

Just ignore the beggars, and they will leave.

Do I Need a Visa to Visit Hyderabad?

Visitors to India must obtain a visa from an Indian diplomatic mission unless they come from one of the visa-exempt countries or a country whose citizens may obtain a visa on arrival or an e-Visa online. A valid passport is a must.

Which Currency Is Used in Hyderabad?

In Hyderabad, the summers are sweltering, muggy, arid, and windy; the winters are short, comfortable, and dry, mostly clear year-round. Hyderabad has a warmer climate, and hence cooler months, i.e., October to March, is considered ideal for visiting the city.

What Do I Need to Know about Airports in Hyderabad?

What Are Some Things to Do in Hyderabad?

Hyderabad is the capital of Telangana state in the south of India, a major high-tech center famous for its luxurious restaurants and shops. The main historical sights of the city are the Golconda fortress, which was the capital of the eponymous sultanate, where the Qutb Shahi dynasty ruled, and the center of the diamond trade, as well as the 16th century Charminar Mosque with huge arches in four walls and high minarets at all four corners. The old Laad bazaar is open to visitors near the mosque.

Is the Water in Hyderabad Safe to Drink?

Tap water is not drinkable here. You should buy bottled water or boil tap water.

Is Uber Safe in Hyderabad?