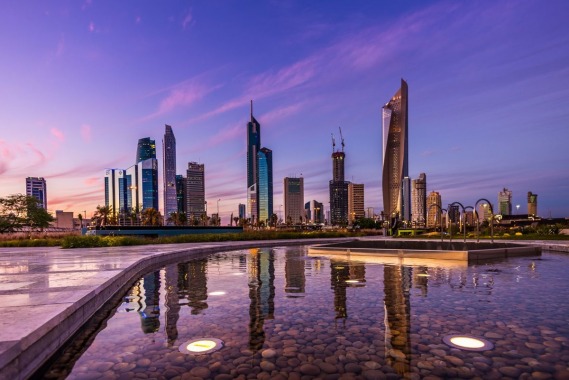 Kuwait is a reasonably safe country. There is a high standard of living and a few crimes. Respect the local culture and behave yourself. Otherwise, you are unlikely to be at risk.

Public transport is safe as well as taxis. Be sure to use only licensed taxi services. It is not recommended to call a cab from the street. This may not be particularly safe for women. Use the taxi service recommended at your hotel.

There are almost no pickpockets in Kuwait. It is not accessible and is contrary to the culture of this country. But there are always exceptions, and you can become a victim of a pickpocket, a visitor who will do anything to empty your pockets. Be careful not to leave personal items unattended.

Kuwait is at risk of earthquakes and sandstorms. It should also be remembered that in summer it is boiling, the temperature can rise to 50 degrees Celsius. This can lead to dehydration, heat, and sunstroke. Be careful and take care of drinking water and appropriate clothing if traveling to Kuwait in the summer.

Armed attacks and robberies do not occur in this country often. Instead, it is an exceptional case. Moreover, they are not directed against tourists. However, in any case, remain vigilant, not close to lonely things and bags, avoid mass demonstrations.

Terrorist attacks in Kuwait can’t be ruled out. Attacks could be indiscriminate, including in places visited by foreigners. Daesh carried out a suicide attack at the Imam Sadiq mosque in the Al Sawabir area of Kuwait City, resulting in 27 deaths and many injured. Further attacks on places of worship are possible.

In Kuwait, a form of fraud is common when Arabs dress in police uniforms and appear to be government officials. They may require you to pay any fines. Be careful, and do not succumb to their extortion. Ask for the badge. Otherwise, fraud is rare.

Women traveling alone can feel safe in Kuwait if they observe the following precautions: do not walk alone at night on the streets, do not visit restaurants and bars alone, do not attract unwanted attention to clothing or behavior. In a taxi, it is also better to ride in a company.

How Safe Is Kuwait for Tourists?

Kuwait is a very safe country.

The crime rate here is low.

For tourists, this is a very comfortable travel destination.

Keep in mind that Kuwait is a Muslim country with strict customs.

Homosexual relationships are prohibited and may lead to imprisonment.

Also, refrain from showing feelings of love and walking hand in hand in this country.

Society can blame you for this.

At the same time, the country is quite progressive, women wear anything from daring designer clothes, for example, shirts and shorts to abay, while men can be seen wearing T-shirts and shorts or traditional dazzling white plates.

Bikinis are right in the hotel pool and beach resorts.

Although Kuwait is a semi-democratic country with some of the best laws on free speech in the Middle East, the theme of the overthrow of the emir is below the red line.

Alcohol is illegal in Kuwait, and owning or making alcohol for your consumption entails a fine, and if you commit it repeatedly, you may end up in jail.

As in all Gulf countries, do not eat in public during the month of Ramadan, you can be fined or imprisoned for a month.

Do I Need a Visa to Visit Kuwait?

Visitors to Kuwait must obtain a visa unless they come from one of the visa-exempt countries or countries eligible for visa on arrival/eVisa. All visitors except GCC citizens must hold a passport valid for 6 months.

Which Currency Is Used in Kuwait?

The best times to visit Kuwait for ideal weather are February to April and November to January. Average temperatures in Kuwait vary drastically and the weather feels hot for about half of the year and otherwise nice with a very low chance of precipitation throughout the year.

What Do I Need to Know about Airports in Kuwait?

Kuwait has 4 airports. The main and busiest airport is located in the capital of the country – Kuwait City. Kuwait International Airport is an international airport located in Farwaniya, Kuwait, 15.5 kilometers south of. It serves as the primary hub for Kuwait Airways and Jazeera Airways.

What Are Some Things to Do in Kuwait?

Kuwait is a state in southwest Asia. It borders with Iraq in the north and west, with Saudi Arabia in the south. From the east, it is washed by the Persian Gulf. The capital is the city of Kuwait. A vital oil exporter, member of OPEC. This is a highly developed and open country for tourism; here, you can get acquainted with the local culture, visit beautiful mosques, rotating Kuwait towers, enjoy the country’s architectural sights.

Is the Water in Kuwait Safe to Drink?

Kuwait has fairly high-quality tap water. You can even drink tap water.

Is Uber Safe in Kuwait?

Uber service is not available in Kuwait. You can use any other local taxi services.